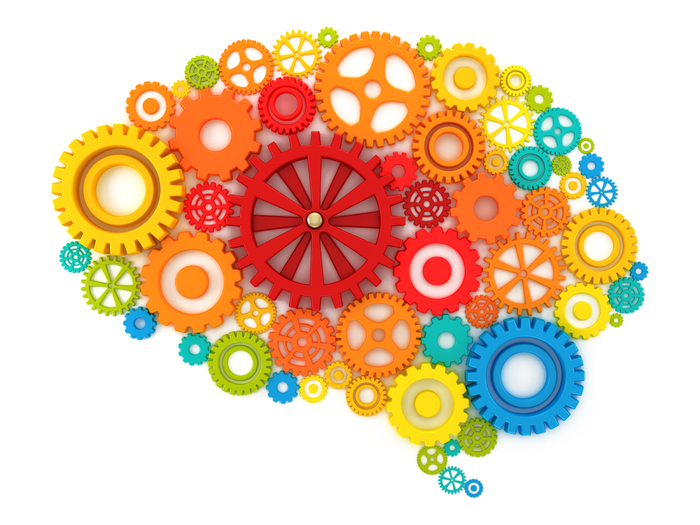 EVERYTHING developmental psychologists have learned in the past 30 years points in one direction — children are far, far smarter than we would ever have thought. Their brains are more connected, more flexible and more active than they will ever be again. They already think abstractly, reason and draw the right conclusions from data.

Take cause and effect. The conventional wisdom, going back to Piaget, had been that preschoolers were “pre-causal” thinkers. But studies now show that even toddlers are able to discover subtle and complex causal relationships. In our cognitive development lab at the University of California at Berkeley, 2- to 4-year-olds are given a machine with different combinations of gears and switches that make other gears go. The typical 4-year-old quickly figures out how it works, even where complicated reasoning is required — the sort that sophisticated “data mining” computers use. The preschoolers performed these feats by carefully noting just what the machine does and when, by attentively watching what adults do to it and what happens as a result, and by playing with the machine themselves.

So here’s the big question: if children who don’t even go to school learn so easily, why do children who go to school seem to have such a hard time? Why can children solve problems that challenge computers but stumble on a third-grade reading test?

When we talk about learning, we really mean two quite different things, the process of discovery and of mastering what one discovers. All children are naturally driven to create an accurate picture of the world and, with the help of adults to use that picture to make predictions, formulate explanations, imagine alternatives and design plans. Call it “guided discovery.”

If this kind of learning is what we have in mind then one answer to the big question is that schools don’t teach the same way children learn. As in the gear-and-switch experiments, children seem to learn best when they can explore the world and interact with expert adults. For example, Barbara Rogoff, professor of psychology at the University of California at Santa Cruz, studied children growing up in poor Guatemalan Indian villages. The youngsters gradually mastered complex skills like preparing tortillas from scratch, beginning with the 2-year-old mimicking the flattening of dough to the 10-year-old entrusted with the entire task. They learned by watching adults, trying themselves and receiving detailed corrective feedback about their efforts. Mothers did a careful analysis of what the child was capable of before encouraging the next step.

This may sound like a touchy-feely progressive prescription. But a good example of such teaching in our culture is the stern but beloved baseball coach. How many school teachers are as good at essay writing, science or mathematics as the average coach is at baseball? And even when teachers are expert, how many children ever get to watch them work through writing an essay or designing a scientific experiment or solving an unfamiliar math problem?

Imagine if baseball were taught the way science is taught in most inner-city schools. Schoolchildren would get lectures about the history of the World Series. High school students would occasionally reproduce famous plays of the past. Nobody would get in the game themselves until graduate school.

But there is another side to the question.

In guided discovery — figuring out how the world works or unraveling the structure of making tortillas — children learn to solve new problems. But what is expected in school, at least in part, involves a very different process: call it “routinized learning.” Something already learned is made to be second nature, so as to perform a skill effortlessly and quickly.

The two modes of learning seem to involve different underlying mechanisms and even different brain regions, and the ability to do them develops at different stages. Babies are as good at discovery as the smartest adult — or better. But routinized learning evolves later. There may even be brain changes that help. There are also tradeoffs: Children seem to learn new things more easily than adults. But especially through the school-age years, knowledge becomes more and more engrained and automatic. For that reason, it also becomes harder to change. In a sense, routinized learning is less about getting smarter than getting stupider: it’s about perfecting mindless procedures. This frees attention and thought for new discoveries.

The activities that promote mastery may be different from the activities that promote discovery. What makes knowledge automatic is what gets you to Carnegie Hall — practice, practice, practice. In some settings, like the Guatemalan village, this happens naturally: make tortillas every day and you’ll get good at it. In our culture, children rich and poor grow highly skilled at video games they play for hours.

But in school we need to acquire unnatural skills like reading and writing. These are meaningless in themselves. There is no intrinsic discovery in learning artificial mapping between visual symbols and sounds, and in the natural environment no one would ever think of looking for that sort of mapping. On the other hand, mastering these skills is absolutely necessary, allowing us to exercise our abilities for discovery in a wider world.

The problem for many children in elementary school may not be that they’re not smart enough but that they’re not stupid enough. They haven’t yet been able to make reading and writing transparent and automatic. This is particularly true for children who don’t have natural opportunities to practice these skills, learning in chaotic and impoverished schools and leading chaotic and impoverished lives.

But routinized learning is not an end in itself. A good coach may well make his players throw the ball to first base 50 times or swing again and again in the batting cage. That will help, but by itself it won’t make a strong player. The game itself — reacting to different pitches, strategizing about base running — requires thought, flexibility and inventiveness.

Children would never tolerate baseball if all they did was practice. No coach would evaluate a child, and no society would evaluate a coach, based on performance in the batting cage. What makes for learning is the right balance of both learning processes, allowing children to retain their native brilliance as they grow up.

Alison Gopnik is co-author of “The Scientist in the Crib” and professor of psychology at the University of California at Berkeley.

10 Remedies To Get Pink Lips Naturally