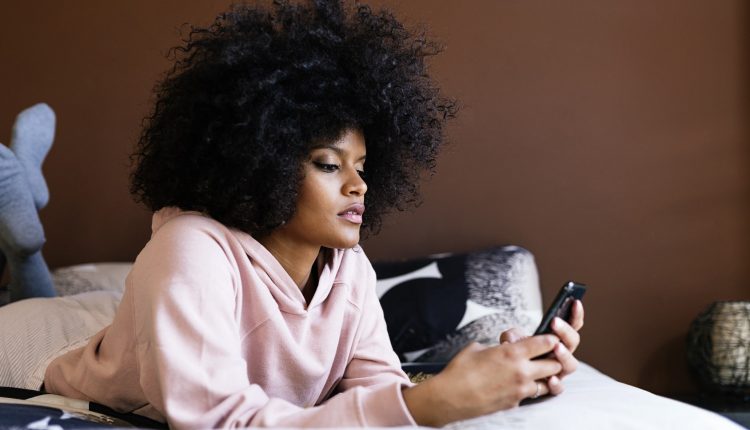 How to Know If You Should Delete Your Astrology Apps

Raise your hand if you have an astrology app (or three) on your phone. If your hand is high, you’re not alone. In the last 365 days, I’ve transformed from someone who didn’t know my moon sign to someone whose Sunday-scary ritual includes an astrology podcast. I, personally, don’t have too much shame around this—I find joy wherever it lives. But how are we supposed to know when we’re stargazing a bit too much? How do you know if it’s time to take a step back from your astrology apps?

Before I launch into whether or not we’re all too attached to these apps, let’s acknowledge that horoscopes have become a large part of our culture. Almost 30% of adults in the United States believe in astrology, according to a Pew Research study from 2018. And during a pandemic, we’re dealing with so much uncertainty. It’s understandable that you might look toward the moon and stars for a little reassurance.

“Particularly when something disruptive happens—even if it’s not a huge trauma—when something is out of the ordinary, we want to understand what happened,” Kate McLean, Ph.D., professor of psychology at Western Washington University and an associate editor of the Journal of Personality and Social Psychology, tells SELF. “And so we narrate an event in a way that makes sense. It may not be totally accurate, but it makes sense to us.”

Dr. McLean’s work doesn’t focus on astrological horoscopes, but her research explores how people use narratives and stories to maintain a cohesive sense of self. Even if you don’t claim to be a big astrology believer, some sense of a coherent and predictable identity might be what you’re aiming for when second-guessing plans during Mercury retrograde. It could be what you crave when you spend an hour reading three different ’scopes to find common themes. Or maybe it’s what’s under the surface when you nod and smile through a friend’s emotional rant because she’s being “such a Gemini.” In short, your astrology apps could be one small touchstone you use to make sense of an unpredictable world.

“The kind of satisfaction that comes from that stability, predictability, and confirmation is pretty strong,” Dr. McLean, previously told SELF. And to be clear, there’s nothing inherently wrong with looking for a little extra predictability right now. Many popular astrologers use their horoscopes to nudge readers toward introspection. When your horoscope tells you to “slow down and think through decisions,” that’s pretty solid advice for any day of the week. So if shuffling between a few different apps helps you carve out time for self-reflection, then by all means, keep at it.

Even if your horoscopes don’t encourage deeper insights, they might break up the endless stream of bad news and daily doom scrolling. So, if your ’scopes keep you from clicking another article on a topic that makes you feel hopeless, you’re probably winning.

Still, you might be wondering if you’re overdoing it. My advice? Ask yourself how you feel before, during, and after you engage with your apps. If you’re nervous about Mercury retrograde, for instance, but your horoscope reminds you that challenges are temporary and you’re capable of handling them, it doesn’t sound as though you’re leaning on your apps in a harmful way. But if your horoscope content exacerbates your anxieties, it could be time to set a few limits and interrogate some of the emotions that you’re experiencing. An ominous push notification or vague horoscope shouldn’t turn a good day into one that has you looking over your shoulder. But if it does, that might be a sign you’re placing a bit too much stock in a particular app. (We also have some tools for grounding yourself when anxiety strikes.)

“Sometimes when we’re searching to make sense of something…and we stop at the first thing that makes us feel comfortable, we’re missing the opportunity to figure out what’s really going on,” Dr. McLean previously told SELF when discussing Mercury retrograde-related angst.

If your apps are making your life more stressful, there’s an opportunity to see what’s living beneath the surface. You don’t have to give them up altogether (unless you want to). But it’s probably worth it to explore (through journaling, talking to a friend, or even working with a therapist) what you might truly need to feel more secure right now.

My Bedtime Routine: Jane Fonda on Vaping and Being Alone