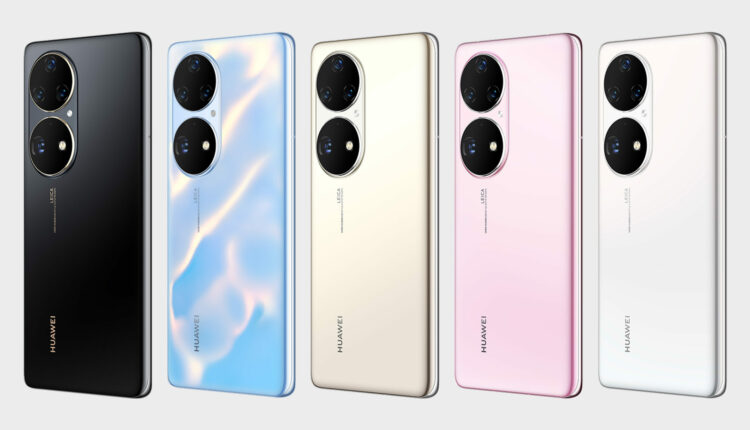 Both phones run Huawei’s HarmonyOS and will go on sale starting August for the Pro, September for the reguler P50 Huawei unveiled its P50 and P50 Pro smartphones at an event in China Thursday morning. These phones are the first to launch with Huawei’s HarmonyOS.

In typical Huawei fashion, the P-series phones boast impressive camera specs, but that’s about where the similarities will end. In a surprising twist, some P50 and P50 Pro models will run Qualcomm’s Snapdragon 888 processor, after the U.S. government granted Qualcomm permission to sell chips to Huawei last year. However, the approval only allows Qualcomm to sell 4G chips to Huawei, so the P50 and P50 Pro don’t have 5G.

The U.S. sanctions impact other parts of the P50 series too. For example, The Verge points out that the P50 arrived later than the P40 did last year, likely thanks to the impact of sanctions on Huawei’s ability to make phones. Another example is HarmonyOS, which seems to be just a fork of Android with minimal changes. Finally, the P50 and P50 Pro won’t include any Google apps or services. When it comes to displays, the P50 Pro sports a 6.6-inch flexible OLED with Full HD+ (FHD+) resolution and a 120Hz refresh rate. Moreover, the phone boasts a 300Hz touch sampling rate, and the display is curved along the edges with a centred hole-punch selfie camera along the top edge. The P50, on the other hand, sports a 6.5-inch FHD+ OLED panel with a 90Hz refresh rate and 300Hz touch sampling rate. The Pro model includes a 4,360mAh battery compared to 4,100mAh in the P50. Both phones can charge at 66W over wire while the P50 Pro can also charge at up to 50W wirelessly. The phone’s sport an IP68 rate for water and dust resistance.

As for the cameras, the rear of the P50 and P50 Pro features two large, circular camera bumps as shown in leaks. The P50 Pro has four rear cameras, with three in the top circle and one with a flash in the bottom circle. There’s a 50-megapixel main, 64-megapixel telephoto with 3.5x optical zoom, 40-megapixel monochrome and 13-megapixel ultra-wide camera. The P50 sports the same camera bumps, but with only two cameras in the top circle and one in the bottom. It keeps the 50-megapixel main camera and offers a 12-megapixel telephoto with a 5x optical zoom and a 13-megapixel ultra-wide camera. Both phones include 13-megapixel selfie cameras.

Source: Huawei Via: The Verge

The next Bang & Olufsen earbuds cost $529 in Canada

Lithuania says throw away Chinese phones due to censorship concerns