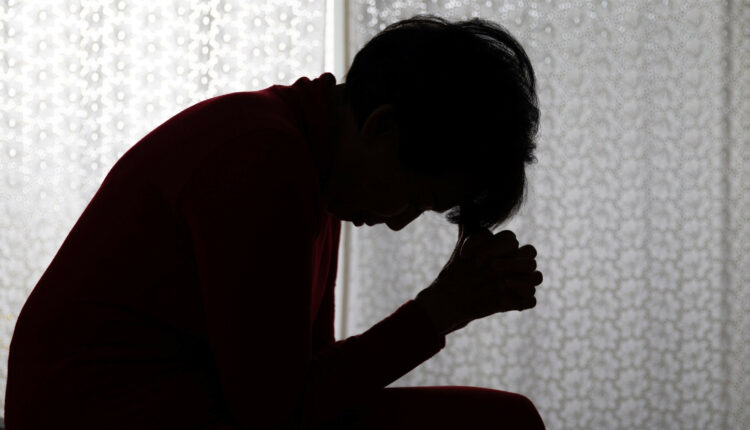 A mum said taking her alleged rapist to trial was ‘worse than anything you’ve seen in films’ after lawyers left her traumatised.

A woman called Eve spoke to Metro.co.uk about how she feels the system treats possible victims of sexual assault. She claimed she was made to feel stupid, and was left ‘retraumatised’.

‘I almost felt like I was on trial,’ she said. ‘It was as if I had done something. That’s how it came across.

‘Everything I did to save my life was used against me by the defence.’

One of the worst parts of the experience was the defence’s supposed effort to discredit 67-year-old Eve – not her real name – by suggesting to the jury that she was a witch.

She claims she was raped five times and sexually assaulted once in her own home, in Swansea, Wales, on August 18, 2019.

Her case was taken to trial twice, after one ended with a hung jury at the beginning of last year, with the second hearing leading to the acquittal of the suspect earlier this year.

Eve said: ‘During the first trial [the defence lawyer] said: “Are you a witch?”.

‘And I reacted in horror, to be honest, and the judge ruled him out of order.

‘During the second trial he then said to me: “Are you a practising witch?”.

‘Now because he had said it before, the actual surprise wasn’t there, so I didn’t react in horror, I just said: ‘No I’m not.”‘

It comes after the Government admitted to ‘failing rape victims’ last month, when figures revealed an abysmal conviction rate of 1.6% – which only covers the small 1.5% of of accusations which actually get charged.

The Survivor’s Trust, an organisation which supports victims of sexual abuse, said this question would be ‘incredibly damaging to survivors’ because it could ‘exacerbate feelings of shame, blame and guilt’.

‘This is part of the reason why so many survivors choose not to disclose or report,’ support officer Simone Theara said.

Eve claims the attack started when a man knocked on her door at 3am.

He told her he was delivering a pizza and when she insisted she had not ordered one, he asked if he could use her Wi-fi to phone his boss and get the right address ‘because there was no signal outside’.

Wanting to be helpful, the former probation officer let him in. When she said he should leave after about 10 minutes of chatting, the man asked her for some water.

This is when the man apparently groped the woman, 65 at the time, under her dressing gown – which she was wearing nothing underneath because it was summer.

Eve said: ‘I told him to stop and he became angry, grabbed my shoulders and pushed me into the dining room and onto a chair. He went back into the kitchen and came back with a large chef’s knife which he drew across my neck after holding my head back.

‘He sexually assaulted me once and raped me five times.’

After the fifth time, Eve claims the man started asking her about the books in her bedroom.

She had a book on witchcraft, which her daughter had used for a module on genocide, and a dictionary of witchcraft words and phrases.

Eve believes this is what the defence barrister was referring to when he asked her the ridiculous question.

Eventually Eve managed to get the man out of her house, by driving him to the train station after he supposedly became scared police were looking for him.

But then she had to go through the ‘misogynistic system – where women are responsible for men’s behaviour’.

She said she was constantly asked: ‘Why didn’t you do this? Why did you do that?’

‘As if every day of your life you think: “Right, what am I going to do if I get raped today? How am I going to handle it?”‘ she added.

The alleged victim said the police were ‘brilliant, respectful and sympathetic’ but ‘once we got in court, it’s almost like anything goes’.

Within seven days of his acquittal, the alleged rapist was arrested for a separate sexual assault which he has since pleaded guilty to.

The Ministry of Justice cannot comment on individual cases but reiterated its response to last month’s figures.

Lord chancellor Robert Buckland QC said: ‘Too many victims of rape and sexual violence have been denied the justice they deserve as a result of systemic failings.

‘We are deeply sorry for this and will not rest until real improvements are made – from transforming the support given to victims, to ensuring cases are investigated fully and prosecuted robustly.

‘Alongside new laws we have introduced in Parliament to make sure rapists spend longer behind bars, our action plan will drive the wholesale change needed to tackle this horrific crime and restore faith in the criminal justice system.’

Victim Support offers support to survivors of rape and sexual abuse. You can contact them on 0333 300 6389.

Have you been affected by this storyline? Rape Crisis can help…

You can find information, support and advice by visiting Rape Crisis. 0808 802 999 is the confidential helpline number.

Casualty spoilers: Fenisha finally tells Ethan how she feels, but will he push her away?