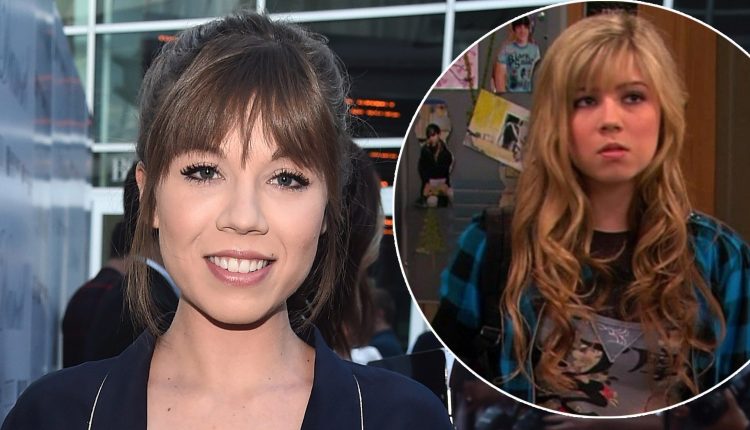 iCarly’s Jennette McCurdy quits acting and says she’s ‘ashamed’ of past roles: ‘I resent my career’

A reboot of the popular Nickelodeon show is currently in production and fans had been devastated to learn that McCurdy would not be joining her former co-stars for the project.

However, in a new episode of her podcast Empty Inside, McCurdy revealed that she is not particularly fond of the parts she played during her teenage years and ‘resented’ her career.

For those who don’t remember, the 28-year-old star was most famous for her role as Sam Puckett in the hit series, while she reprised the role in Sam & Cat opposite Ariana Grande.

However McCurdy claimed she’s done with acting as she told Anna Faris: ‘I quit a few years ago because I initially didn’t want to do it. My mom put me in it when I was 6 and by sort of age, I guess, 10 or 11, I was the main financial support for my family.

‘My family didn’t have a lot of money, and this was the way out, which I actually think was helpful in driving me to some degree of success.’

‘Once I started to get the nerves under control was when I started to actually get some traction, but I ultimately quit after my mom passed away because with her death kind of died a lot of her ideas for my life, and that was its own journey, and a difficult one for sure,’ she stated.

Jennette later went into detail about the embarrassment she felt regarding the type of projects she’s worked on as she continued: ‘My experience with acting is, I’m so ashamed of the parts I’ve done in the past. I resent my career in a lot of ways.

‘I feel so unfulfilled by the roles that I played and felt like it was the most cheesy, embarrassing. I did the shows that I was on from like 13 to 21, and by 15, I was already embarrassed.’

McCurdy added: ‘My friends at 15, they’re not like, “Oh, cool, you’re on this Nickelodeon show.” It was embarrassing. And I imagine there’s a very different experience to be had with acting if you’re proud of your roles, and if you feel fulfilled by them.’

Fans of the actress might still get to see her take on another role in the future as she told Anna Faris that she wouldn’t turn down the opportunity to collaborate with a director she ‘really admired.’

McCurdy mused: ‘I feel like I have a point of view, and I have a vision. We’ll see where things are in a few years.’

Jurgen Klopp writes emotional message to Alisson ahead of…