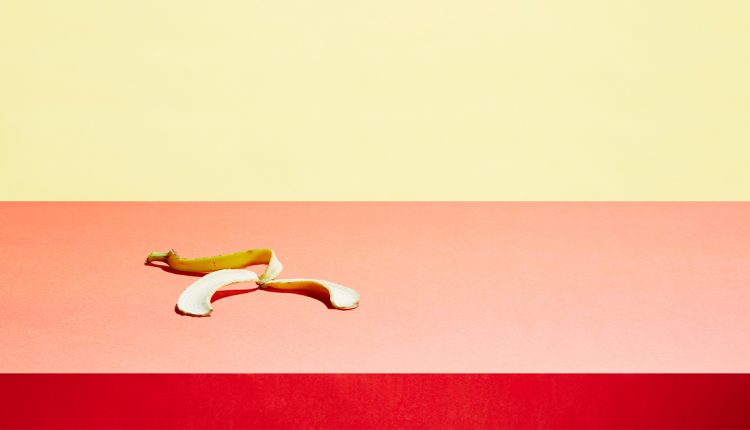 Identify — and Mitigate — Risks to Your Career

When career planning, it’s important to make sure you’re protected from potential risks that could threaten your vision of the future. In this piece, the authors propose a three-step framework to help anyone identify and mitigate career risks: First, identify your assumptions. Next, stress test your plan to find out where those assumptions could be leading you astray. Finally, defend against those vulnerabilities by building optionality into your plans, and by finding ways to limit the negative impact of potential disruptions.

When engaging in career planning, many of us end up unintentionally focusing exclusively on optimistic scenarios: “I want to do X, so I’ll do A, B, and C to make it happen.” Of course, there’s nothing wrong with a bit of healthy optimism. But to ensure your plans are robust, you also need to identify and mitigate the potential risks that could threaten your vision for the future — and nothing has shown the importance of planning for risk more clearly than the current pandemic.

That’s why we developed a three-step framework that can help anyone protect against downside and strategically safeguard their career:

Step One: Identify Your Assumptions

Our worst decisions are often the ones we don’t even notice we make. To start identifying those hidden choices, try writing down the fundamental assumptions you’ve been making about your professional and personal goals. For instance, are you assuming you will:

If you’re having trouble identifying your assumptions, start by envisioning your ideal career. Then, work backwards, imagining what could go wrong that would keep you from achieving those goals. This exercise often illuminates blind spots that you might have otherwise glossed over.

Once you’ve identified your assumptions, it’s time to stress test them. Jonathan, who has worked with former special forces operators in his consulting practice, discovered that military operations and individual career paths can fall prey to similar failures, which he calls the 5 Ds. What could potentially deceive, disrupt, degrade, deny, or destroy your intended career path?

Thinking through the 5 Ds pushes you to examine all the different ways your plans could go wrong. For each of the assumptions you’ve identified, ask yourself how the 5 Ds could impact it — and what you can do proactively to address those risks today.

1. Deceive: Could any of the data that’s informed your plans be inaccurate? For instance, when Jonathan was pursuing a degree in product design, his school felt that it was important for students to spend several years learning to do engineering drawings by hand. But by the time he graduated, this work had been completely digitized and then rapidly moved offshore, slashing demand for entry-level work in his field. His career path was not as future-proof as he had thought.

Similarly, when Dorie began her first career as a print journalist, she had assumed that the media industry — then at its height — would continue to provide robust growth opportunities. But within a year, she was laid off. In her planning, she simply hadn’t considered the potential for online media outlets to dramatically cut into newspaper revenues. If she had been more aware of the changes looming on the horizon, she could have formulated a Plan B in advance, rather than scrambling to find a new job.

Ask yourself: Are there trends that may seem minuscule now, but which could become significant in the not-too-distant future? Will the assumptions you’re operating on today be relevant for tomorrow’s marketplace?

2. Disrupt: Sometimes, you might encounter an unexpected new opportunity and decide you want to reinvent your career. But if you’re aiming to stick to your original plan, it’s useful to identify distractions that could get you off track. This could be a negative event, like a health emergency, or a positive (yet disruptive) new personal or professional responsibility.

When Jonathan took a job as a senior leader at HP, for example, he was excited about the role, but he didn’t consider the impact the career move would have on his goal of writing a book. Taking the role ended up being the right choice, but it was only after he left HP that he had time to finish his book, ultimately setting his initial timeline back by three years.

3. Degrade: What could cause a predicted outcome to turn out worse than expected? Jonathan had planned on earning a significant share of his income in 2020 from speaking at conferences — a goal that had seemed completely reasonable in 2019, but was quickly torpedoed by the pandemic. Fortunately, he had hedged against the risk of relying solely on this particular income stream by cultivating multiple sources of income, including his book and corporate consulting work.

Think about ways things could change for the worse, and develop strategies to offset those potential changes. For instance, when the pandemic severely reduced in-person sales, a graphic designer we know in Cyprus was able to offset the damage to her small local business by selling design services to global customers online on Upwork, where she has been surprised to discover that she earns even more than she did before.

4. Deny: What might keep you from achieving your plans altogether? This could be geopolitical factors, industry trends, or even personal health issues. For example, Jonathan’s father could never have predicted that he would suddenly be incapacitated by a brain tumor. But years before, he had purchased long-term disability insurance just in case, and that forethought helped to ease the financial burden of his unexpected early retirement.

5. Destroy: What core assets, if you lost them, would make it impossible for you to achieve your goals? These assets can take many forms, from a crucial contractor or service provider, to a client with whom you have a longstanding relationship, to essential infrastructure on which you rely to do your job. What would you do if a key partner went out of business or shifted their focus in a way that cut you out?

It may feel like a hassle to vet “backup” suppliers or partners, but it’s tremendously reassuring — and simply good business — to know that your operations won’t come crashing to a halt if a single piece falters. That’s what happened with one of Dorie’s coaching clients, who luckily decided to bring on a part-time remote assistant as a backup just before the client’s primary assistant was forced to take an unexpected leave. Thanks to the backup, the client was able to continue running her business without interruption.

This can even extend to the simple tools you use every day. When Dorie learned that in order to service her laptop, she would have to mail it to a repair facility and be without it for more than a week, she realized that what seemed like a minor inconvenience would in fact completely stall her business operations. To limit her reliance on this single device, the next time she upgraded to a new computer, she kept the old one as a backup instead of trading it in. At a cost of a couple hundred dollars — the sum she likely would have received for the well-worn computer — she was able to eliminate a major potential point of failure in her business.

Step 3: Defend Against Your Vulnerabilities

Of course, you can’t defend against every threat — but once you’ve identified the vulnerabilities in your plans, you can start to mitigate them. When catastrophe strikes and emotions run high, the best response is one you already decided on long ago, based on rational analysis.

Specifically, we’ve found two strategies can be particularly helpful when it comes to planning for the worst:

1. Optionality: Expand Your Definition of Success

Instead of defining a single position as your dream job, examine which qualities make that job desirable, and then think about other roles that might offer the same benefits. You might dream about becoming a corporate CFO, for example, but through this analysis, you could discover that managing finances for nonprofits or advising startups could also be viable alternatives. You can then prioritize developing the most broadly applicable skills, setting you up for success if the CFO route hits a stumbling block.

Both Dorie and Jonathan make a point of actively cultivating optionality in our professional lives. Dorie — who relishes working internationally — is pursuing Italian dual citizenship, which, in addition to providing a valued link to her family heritage, would serve as a hedge against geopolitical disruption in her home country, the United States. Jonathan picks a new skill to learn every year, reading six technical books on the subject and finding a mentor to train him. Over time, he has developed a foundation in fields ranging from food science to software development to macroeconomics, both broadening his intellectual horizons and providing a number of potential career alternatives.

“Air gapping” is a hardware development term that refers to physically separating two pieces of a system, so that a fault in one doesn’t affect the other. But it’s equally applicable to weaknesses in your career plan. Once you’ve identified a potential threat with the 5 Ds, find ways to minimize the potential damage by isolating the things it’s likely to impact.

For instance, if you’re in a field that risks disruption from artificial intelligence, you might start cultivating a side gig now, so that if your main career path becomes untenable, you’ll have another source of income and experience. You don’t need to — and probably shouldn’t — quit your day job. But starting to explore and test ideas now can ensure you’re set up to launch a new venture more easily when you want (or need) to.

Conversely, be careful about focusing all your effort in one place, such as your company, because if layoffs come and you haven’t developed an external network, it may be hard to find a new job. Similarly, no matter the scope of your portfolio, diversifying whatever investments you have is generally a good idea. Beyond his consulting work and traditional investments, for example, Jonathan has passive income from a partnership he helped scale, as well as royalties from licensed inventions he developed years ago while unemployed. Similarly, in addition to Dorie’s consulting practice, she has built online training courses and invests in both startups and theatrical productions. Professionals at any level of experience can start developing new skills and connections in areas unconnected to their primary field, serving as a buffer against future disruption.

Your career is a long-term investment. No one knows what’s coming — whether it’s a stock market crash, a family health crisis, or winning the lottery. But by proactively looking at the range of possible futures, you can avoid unnecessary risks, solve problems before they occur, and make sure your efforts today yield better returns tomorrow.

They Spent 12 Years Solving A Puzzle. It Yielded The First COVID-19 Vaccines

How to Tell Your Boss You’re Burned Out