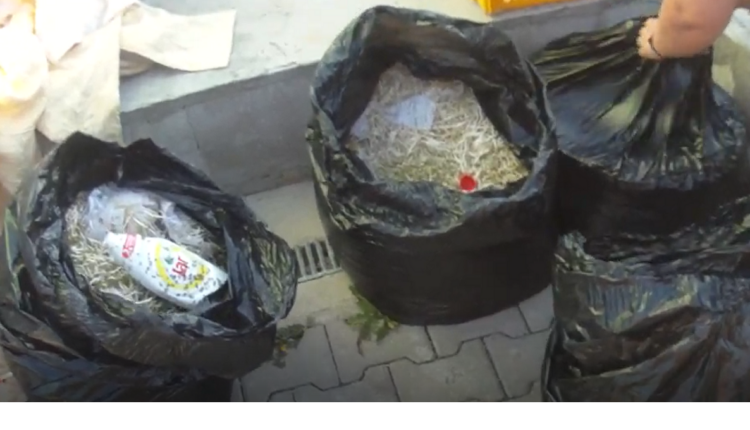 The Czech Agriculture and Food Inspection Authority (SZPI) and police officers from Prague discovered the unregistered business operating from a house in the Šeberov area of the capital.

Officials identified sprouts were grown and produced in unsatisfactory hygiene conditions and at an unauthorized premises so used a dye to make sure they could not be sold and the owner was ordered to destroy 120 kilograms of product.

Risky food
Growing and production of mung bean sprouts is a microbiologically risky process, according to SZPI.

Establishments where germination takes place must tell authorities and be approved before production of sprouts is started. Ahead of approval, the producer has to be inspected and comply with legal requirements. Specific microbiological criteria related to growing of a foodstuff susceptible to bacterial contamination, such as Shiga toxin-producing E. coli, must be met. Failure to follow the prescribed growing and production conditions poses a risk of causing serious illness.

Police were informed about the possible illegal cultivation and distribution of mung bean sprouts from a house with products sent to the market in Prague. On visiting the house this past week, they found mung bean sprouts being grown. A 35-year-old man at the site faces a fine.

The operator destroyed 504 packages of sprouts with some being his own production and others made by a producer of unknown origin.

Inspections find meat issues
In other news, an inspection by the State Veterinary Administration (SVS) in a warehouse in the Smíchov district of Prague this month has revealed almost 200 kilograms of poultry meat of unknown origin.

Frozen and chilled chicken and duck meat was not labeled in line with the legislation and submitted documentation was not compliant so it was not possible to prove the origin, according to officials.

Some information such as name, storage conditions and expiry date were on the packaging but the manufacturer’s identification mark was missing. Also, the alleged supplier was not registered with the State Veterinary Administration for handling animal products. The agency prevented products being put on the market.

Another operation found that chicken meat from Poland, which was used to produce almost 1.5 tons of chicken kebabs, contained Salmonella.

The inspection at a producer in the town of Blatná involved samples of chicken being taken. Testing at the State Veterinary Institute in Prague detected Salmonella enteritidis.

Chicken meat had been processed into meat preparations from which kebabs were prepared. All semi-finished products were still in stock and none of them were released to the market.

Administrative proceedings will be started with a potential fine of up to CZK 50 million ($2.3 million) for breaching legislation.