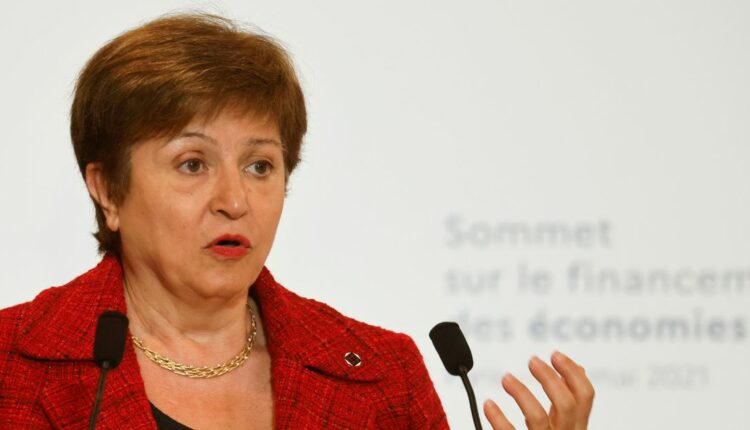 International Monetary Fund (IMF) Managing Director Kristalina Georgieva speaks during a joint news conference at the end of the Summit on the Financing of African Economies in Paris, France May 18, 2021. Ludovic Marin/Pool via REUTERS/File Photo

WASHINGTON, Oct 6 (Reuters) – International Monetary Fund chief Kristalina Georgieva on Wednesday said the law firm WilmerHale mischaracterized her actions while serving as CEO of the World Bank, and assured her that her participation in its investigation was confidential.

In a detailed statement to the IMF executive board, a copy of which was seen by Reuters, Georgieva rejected WilmerHale’s conclusion that she and other senior World Bank officials pressured staff to alter data to benefit China and said she had been told she was not a subject of the investigation.

She denied that she pressured World Bank staff to take any actions to change China’s ranking in the Doing Business 2018 report, and rejected any link between the ranking and a proposed World Bank capital increase.