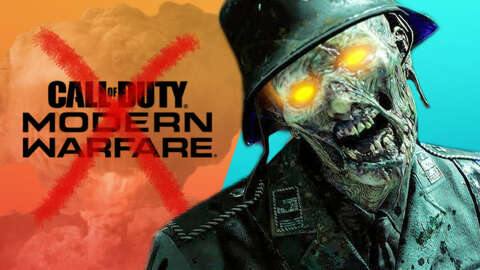 Call Of Duty: Black Ops Cold War is probably going to nuke the Warzone map and put a final end to the era of Modern Warfare while forcing some players to choose which game to fit on their hard drive.

Treyarch has been taking the Call of Duty series, including Warzone, in a different direction as of late. Call of Duty: Black Ops Cold War is the major focus for the franchise now, including with the weapons and content being added to Warzone. This puts 2019’s Call of Duty: Modern Warfare on the back burner, despite the game’s huge impact on the series’ formula with its huge maps and new vehicles.

In this video we talk about how recent unconfirmed reports say that the Warzone map introduced by Modern Warfare, Verdansk, will finally get nuked sometime in Season 2 to bring it in line with Black Ops Cold War. To make matters even tougher for some Modern Warfare players, the game may no longer fit on a base PS4’s 500 gig hard drive with Cold War also installed. In this video, we talk over the pros and cons of this final switch and check in on how you’re feeling about it.

Call Of Duty: Black Ops Cold War is now in Season 2 and available on PlayStation 4, PS5, Xbox One, Xbox Series X/S, and PC.

10 Things From Software Should Improve On In Elden Ring

Plant Management Software can harness the power of data for safety, productivity