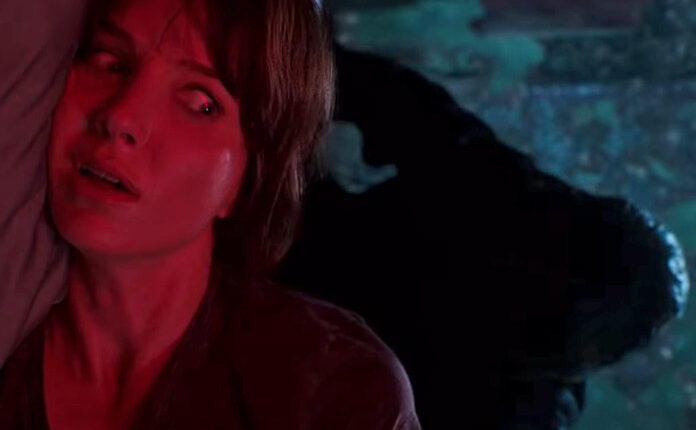 Following on from the first trailer for his top-secret new film “Malignant” arriving the other day, director James Wan has now spoken about this return to the horror genre five years after his last visit with 2016’s “The Conjuring 2”.

The trailer keeps things fairly vague, only indicating that actress Annabelle Wallis plays a character who is experiencing terrifying visions which tie into a brutal killer. Talking to IGN, he touched upon the choice of title which is both vague and yet has several interpretations:

“I’m a big fan of titles that have multiple meanings, and with Saw, we felt there’s one part of that that obviously refers to the visceral aspect of a tool, but at the same time, it touched a bit on what the voyeuristic aspect of the film was as well. And so with Malignant, I just felt like this title really encompasses the tone of the film, the subject matter, which actually has a fair bit of medical horror attached to it. So it just felt appropriate.”

One big difference between this and some of Wan’s other works like “The Conjuring” and “Insidious” is that there’s no real jump scares, this is much more a creepy tonal work:

“Part of the reason, too, why I wanted to make Malignant was that I want people to know that this is not a jump scare film. And I worked very hard to make a movie that doesn’t really have my traditional jump scares because it’s not that kind of a movie. And I feel like I know that people now associate me with demonic possessions, and haunted houses, and stuff like that. And so with that in mind, I knew I wanted to play with peoples’ perception of me.”

The killer is named ‘Gabriel’ and the specifics of the character are going to be very much under wraps until release because Wan wants to keep audiences guessing:

“My goal was to create a villain that you’re not quite sure what it is. Is he a demon? Is he just a human serial killer or someone’s figment of someone’s imagination? Is he an imaginary friend that has come to life? It could be any of those things. And I think that’s part of the fun with the film is trying to work out what the hell this thing is.”

He also calls the film a homage to the more violent and visceral thrillers of the late 1970s/early 1980s and cites Dario Argento’s “Opera” and Brian DePalma’s “Raising Cain” and “Dressed to Kill” as specific examples:

One odd inspiration is Disney’s “Frozen” as the film follows two sisters (Wallis, Maddie Hasson) trying to work out what is going on with one’s strange powers:

“Malignant” opens in cinemas and HBO Max on September 10th.