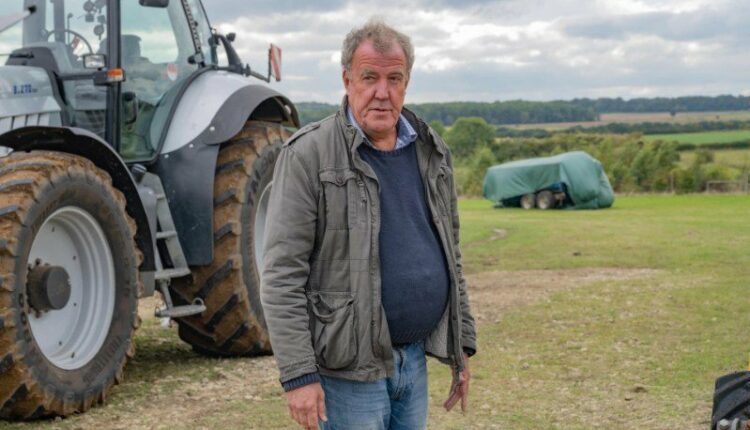 The Grand Tour boss Andy Wilman has spoken about Jeremy Clarkson’s health, saying he is ‘fitter’ than he has been in years – and won’t stop starring in the Grand Tour any time soon just because he’s getting older.

Andy spoke ahead of the upcoming Grand Tour special Carnage A Trois, which sees Jeremy throw himself out of a moving car during a skit.

Stating that things haven’t slowed down because the 61-year-old presenter is getting older, he attributed his improved fitness to his time spent working on Amazon show Clarkson’s Farm.

‘Jeremy is a bit fitter because he’s been doing the farm, you naturally are a bit fitter,’ Andy exclusively told Metro.co.uk.

‘James [May] has been on a bit of a health kick and Hammond always was fit – apart from the bits that are broken. Everything around him that isn’t broken is actually quite in good condition.’

It means that Andy expects the show to keep going for the foreseeable future, without the effects of age slowing the trio down.

‘Jeremy jumped out of the car. He came up with that,’ Andy said. ‘There’s no having to convince them. There actually wasn’t any winging.’

Is there anything that the trio once did on screen that they’d never attempt now on The Grand Tour?

‘We were actually talking about what we couldn’t do any more and I think probably that drive to the magnetic north pole [during Top Gear: Polar Special in 2007].’

‘Actually, Jeremy and James just sat in the car. They could do it now. Could Hammond do that dog sled run? He’d winge a s*** tonne more, but he probably just could do it. Could they do everything they once did? Yeah, I think just about they could.

Jeremy’s farming show sees him take the unexpected step of taking over the day to day running of his farm in the Cotswolds, Oxfordshire, looking after livestock and growing crops with the show’s breakout star Kaleb Cooper.

Meanwhile, it’s one of the breakaway success stories of the year, and an expert recently claimed that Jeremy Clarkson ‘done more for farmers in one series of Clarkson’s Farm than Countryfile achieved in 30 years’.

Jeremy was also urged to ‘slow down’ with his work on Clarkson’s Farm by his fellow farmer and Countryfile star Adam Henson recently.


MORE : Who Wants To Be A Millionaire: Harry Redknapp crashes out to win nothing leaving Jeremy Clarkson gobsmacked

From Elf to Love Actually: The best Christmas movies on Sky Cinema over the festive season