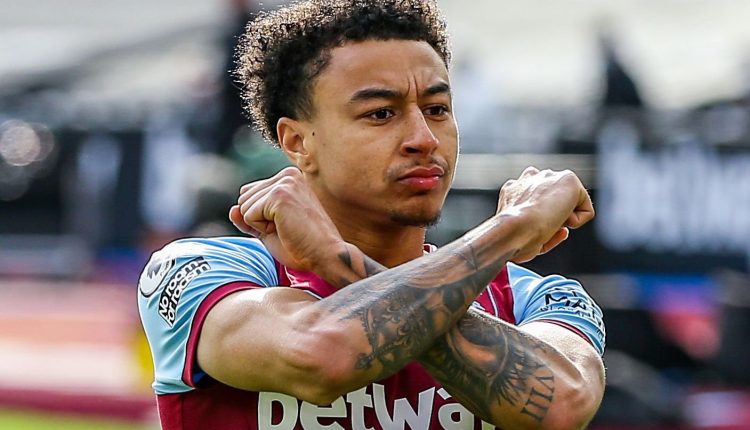 Jesse Lingard has revealed that he considered taking ‘time out’ due to his personal issues at Manchester United.

The 28-year-old had featured just three times for United before he secured a loan move to West Ham in the January transfer window.

Lingard has been one of the Premier League’s standout performers since his switch to David Moyes’ side and he is now in contention of securing a place in England’s squad for the European Championship this summer.

But the midfielder admits he was struggling to find motivation during his final few months at Old Trafford.

‘I didn’t want to play because my mind wasn’t there, I wasn’t focused at all. I was thinking about other things and obviously bottling it all up; trying to play football, you can’t do it.’

Lingard also revealed that his mother has been living with depression and he was caring for his younger siblings while she was receiving treatment in London last year.

‘Through the years we had the help for her, but even just for me it’s hard to bottle things up,’ said Lingard.

‘It feels like you’re not the same person. I felt like I wasn’t Jesse Lingard. Even in football matches, I felt like the game was just passing me by, like I just didn’t want to be there, it was crazy.

‘I could have easily quit in lockdown, been like, ‘nah, I don’t want to do it’.

‘I could have easily given up but the fight in me always brings me back to life and in lockdown I was just smashing the gym, doing runs. I wanted to get back to training fitter and faster than anyone else and I did that.

‘I feel like lockdown has kind of transitioned me in a way. I watched my old games back and watched the World Cup games back and I thought, ‘yeah, that’s the real Jesse Lingard’.

‘The time that I had going a couple seasons back or last season, it just wasn’t me at all and you can see that.

‘My brother who lives with me, he could see that and he’s got a video of me literally laying on the couch and I’m just staring for three minutes into thin air and he’s just thinking, ‘what is he going through? He’s got the weight of the world on his shoulders.’ And even he didn’t know what I was going through at the time.’

How to plan a beautiful backyard wedding for less than £1,000