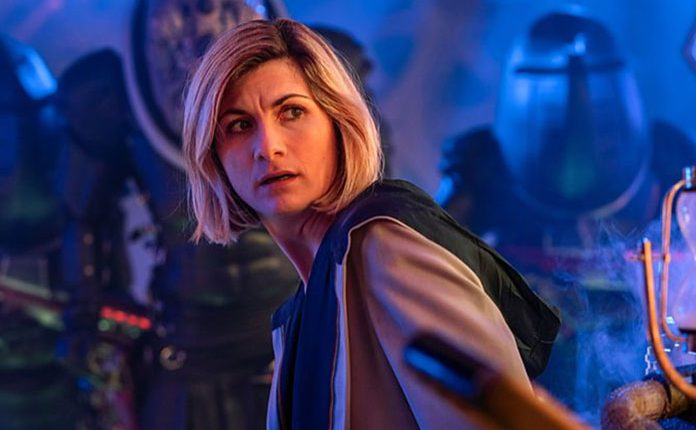 Jodie Whittaker To Leave “Doctor Who”?

A new report in The Daily Mail indicates actress Jodie Whittaker will depart the role of The Doctor at the end of the upcoming thirteenth season of The BBC’s “Doctor Who”.

A source tells the paper: “It’s all very hush-hush, but it is known on set that Jodie is leaving and they are gearing up for regeneration. Her departure is top secret, but at some point over the coming months, the arrival of the 14th Doctor will need to be filmed. It’s very exciting”. The BBC declined to comment to the outlet.

Aside from Christopher Eccleston who was one and done, the three other actors who have taken on the role in the modern era – David Tennant, Matt Smith and Peter Capaldi – have each done three seasons and a few specials. Whittaker’s potential departure falls in line with that.

Whittaker was announced for the role in 2017, replacing the outgoing Capaldi, and is the first actress to take on the role of the famed Time Lord. To date, she has filmed two seasons and two specials, all of which have aired (the second special just the other day). Her third season began shooting recently ahead of airing in late 2021.

Whittaker’s tenure marked the start of the Chris Chibnall as showrunner era. The “Broadchurch” helmer took over the show from Russell T. Davies (who handled Eccleston and Tennet) and Steven Moffat (who handled Smith and Capaldi).

Eccleston and Tennant’s era offered a high-energy soap opera and campy sci-fi with a standalone and serialisation mix. Smith’s had a fairytale vibe with heavy serialisation. Capaldi’s took a dark turn with black comedy, mystery and more adult themes along with a blend of standalone episodes and serials.

Whittaker’s run started out trying to be a general audience pleaser with a lot of one-offs, location shooting and historical tales before switching to a slightly more serialised, more sci-fi and darker approach with a new Master (Sacha Dhawan) who laid waste to Gallifrey and a storyline revealing The Doctor’s true pre-Time Lord origins.

The thirteenth season will deal with the ramifications of that reveal along with a change of companions.