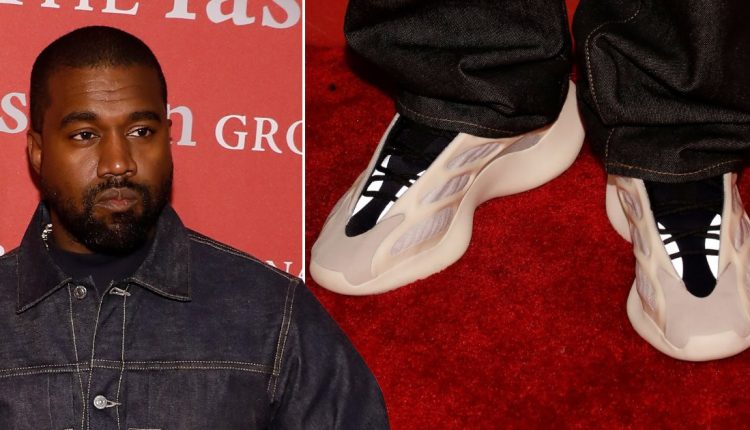 The complaint, which was filed at the Los Angeles County Court, alleges that Ryan Inwards, who was a summer intern at Yeezy, posted confidential photos from the company on Instagram.

According to the complaint, seen by People, the former intern – who had reportedly worked for the company between February 2020 until the summer of 2020 – had previously signed an NDA with a $500,000 (£368,000) liquidated damages provision for contractual breaches.

The company claims that Inwards posted confidential images on Instagram and didn’t remove them despite cease and desist letters and continued to ‘publicly post Unauthorised Materials on social media sites.’

Yeezy is suing for $500,000 in liquidated damages and punitive damages, claiming the intern’s decision to share the images was ‘malicious’.

They are also seeking an injunction for Inwards to turn over the images and ban him from sharing similar posts in future.

The complaint comes as West is also allegedly in the midst of a split from wife Kim Kardashian, who is said to have hired top divorce lawyer Laura Wasser to handle the proceedings.

Kardashian and West have been married for six years, and are parents to four children – North, seven, Saint, five, Chicago, three, and one-year-old Psalm.

The couple have not commented publicly on the reported split, thought Kardashian has been spotted without her wedding ring on in recent weeks.

A source told People that Kardashian is worried about the impact it will have on their children, claiming: ‘The children are very important to Kim.

‘She is worried about what a permanent split will be like for all of them concerning their well being.

‘She is asking others for advice on how to do this. But for the past few months and even longer, trying to be a normal family has been challenging and frustrating. She wants to move on.’

Metro.co.uk has reached out to Kanye West’s reps for comment.