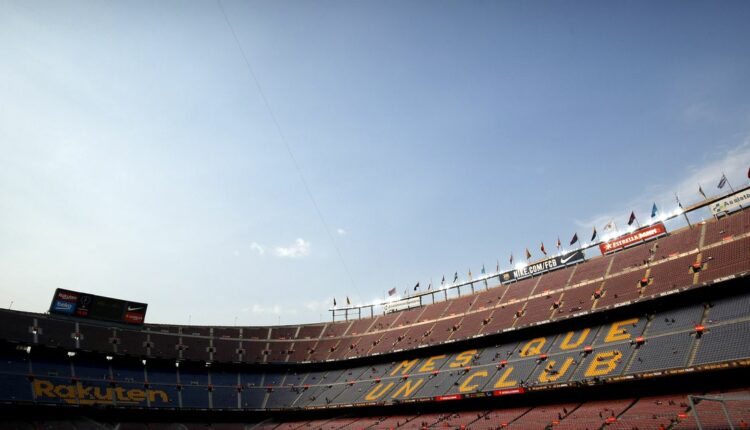 MADRID, Aug 26 (Reuters) – LaLiga is looking at precautionary legal action to protect its clubs and their players against the extension to the CONMEBOL international match calendar for South American countries in September and October, the Spanish league said on Thursday.

At the start of August, FIFA announced that games postponed in March this year would be played in the international breaks.

In doing so, they named two extra release days for players involved, citing rest and long travel periods in the region, meaning the international fixture window runs until Sept. 10 – which LaLiga and their clubs reject.

Barcelona, Real Madrid, Atletico Madrid and Sevilla are all due to play league games 24 hours later.

A LaLiga spokesman said the exact judicial process is still to be determined, however the Court of Arbitration for Sport (CAS) is a possible avenue.

The move comes a day after FIFA president Gianni Infantino called on LaLiga and the Premier League to “show solidarity” and “preserve and protect sporting integrity” after clubs from both leagues said they would not allow players to travel to South America. read more

Describing the extra player release days as “a move in clear detriment to the integrity of LaLiga and its competition,” the Spanish league said the decision was taken after a meeting with the 13 affected clubs whose players had been called up.

“At the moment there are 25 players from 13 different clubs (affected), a number that could be expanded when the calls of Ecuador and Venezuela are announced,” it said. read more

The Spanish clubs have also told the league they will not allow their players to report for national team duty until the situation has been resolved.

“Other confederations such as UEFA and CONCACAF have not extended their match calendar despite scheduling the same number of matches (three), working to fit in three international rounds of matches in a maximum of ten days in order to avoid disrupting domestic league competitions,” a LaLiga statement read.

“During the meeting, unanimous agreement was reached to initiate precautionary measures before the appropriate judicial bodies in order to protect the rights and interests of the competition and the affected clubs.”

Will there be a season 3 of Netflix’s Too Hot To Handle?

India has fewer ESG funds than other top 10 economies