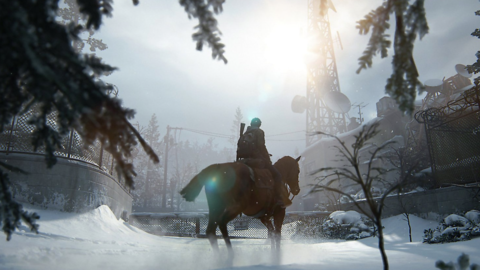 The Last of Us and Uncharted developer Naughty Dog has officially put out the call looking for developers to join the studio to work on its first-ever standalone multiplayer game.

A tweet from the Naughty Dog Jobs account lists off around a dozen jobs at the studio, across disciplines, pertaining to the new game. One of the jobs is the monetization/economy designer position that has been open for some time.

Now Playing: The Last Of Us Part 2 – Official Launch Trailer

The job listings don’t give much away, but they tease that Naughty Dog is looking to carry over its trademark “ambition and quality” from its single-player games to the multiplayer space.

“Embark on Naughty Dog’s newest adventure–the studio’s first standalone multiplayer game! We’re seeking to bring the same level of ambition and quality of our signature, story-driven games to this unique multiplayer project,” reads a line from one of the job ads. “This is a rare opportunity to make an impact in your discipline and craft an experience that will be enjoyed and shared by millions of players around the world.”

Hiring for this new game appears to be a major focus for Naughty Dog, as co-game director Vinit Agarwal said the studio is “aggressively hiring” for the game.

We’re aggressively hiring – apply if you want to be part of bringing the cinematic experience between players in our new standalone multiplayer action game. https://t.co/SHtU4AKyI7

The new standalone multiplayer game could be the long-awaited Last of Us 2 project, which Naughty Dog confirmed back in 2019. More recently, it was suggested that this game could feature a battle royale component.

Beyond the new Last of Us multiplayer game, Naughty Dog has no announced projects. However, Naughty Dog’s Neil Druckmann has teased that the studio might make The Last of Us 3 or a new IP.

In January this year, Druckmann called on people to apply for the numerous open positions at Naughty Dog, saying the studio is working on “something cool.”

Naughty Dog has already said it will not make more Uncharted games, but the studio is open to having a different developer come in to make Uncharted 5.

How to get Office 365 on the cheap