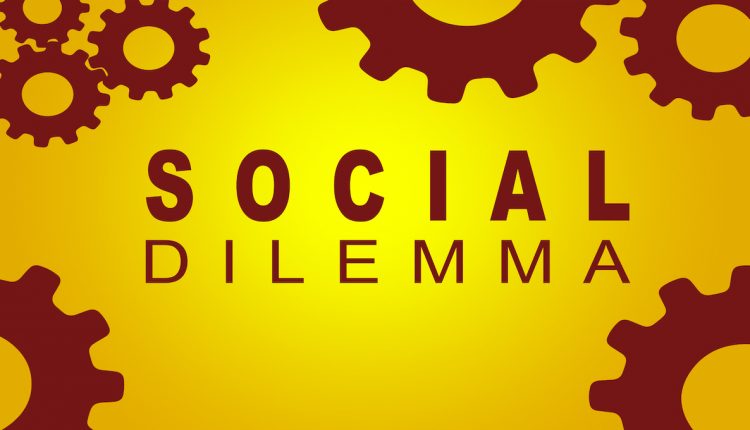 Letter From The Editor: ‘The Social Dilemma’

Not since the scientists working for J. Robert Oppenheimer began having second thoughts about setting off the A-bombs they made to end World War II have I run across anything quite like “The Social Dilemma.”

Since Sept. 9, the 89-minute film has been available on Netflix. It is the first documentary to be the top pick of Netflix viewers during its roll-out month. And it also won acclaim in January at the Sundance film festival. In it, some of the very people who engineered social media as it exists today express their deep fears that they’ve done permanent damage to humanity and put the world’s democracies at risk.

“The Social Dilemma” documents how “technology giants have manipulated human psychology to influence how we behave.” Social media’s unregulated power is the purposeful release of dopamine into the pleasure center of our brains, the same as drugs from nicotine to heroin. And yes, it’s done with that intent. The goal is to turn people into addicts.

Then there’s the role of that infamous Artificial Intelligence or AI. If you thought AI is about finding the truth, this film is going to disappoint you. AI, we learn, is not for finding the truth, but for distributing falsehoods.

It is not that social media is not useful or capable of doing some good, it is just that you have to weigh the good against the fact that they’ve turned your junior high daughter into an addict. The film suggests that if you have doubts, try taking technology away from your family for 24 hours.

“The Social Dilemma” presents both real people who worked in top jobs in Silicon Valley and dramatizations by actors to tell this chilling story. Spikes in depression rates and teen suicides alone cry out for regulation of Big Technology.

The film reminded me of the popular Terminator series, where Congress allowed Skynet, the artificial neural network super-intelligence to run amok.

We use all the internet giants for purposes of our own. The trick is going to be how we regulate them without losing them for our own needs. In 1990 when Congress passed the Children’s Television Act, it resulted in fewer Saturday morning cartoons and less educational programming.

We are dependent on Big Technology. I wish it were not so, but we would not exist without those big technology sites with enormous powers.

Search engineers that make sense of all the content of the World Wide Web by recognizing news sites like Food Safety News and indexing our copy, pretty much in real-time.

These social media sites permit our readers to “like” or “follow” us. You may also sign up for our free Food Safety News daily email news that we send to your mailbox at about 6 a.m.

Our goal is to give readers options for how to keep up with Food Safety News. We do not want you harmed in any way. We hope to make all this as easy and routine enough that it does not involve anyone along the way sending you a dopamine hit when you open your Food Safety News mail in the morning.

Food Safety News has also recently removed advertising that did not belong to us but was showing up around the area for comments at the end of each story. The removal cleans up the comment area for users.

Line-speed arguments set to be heard by video conference on Oct. 13