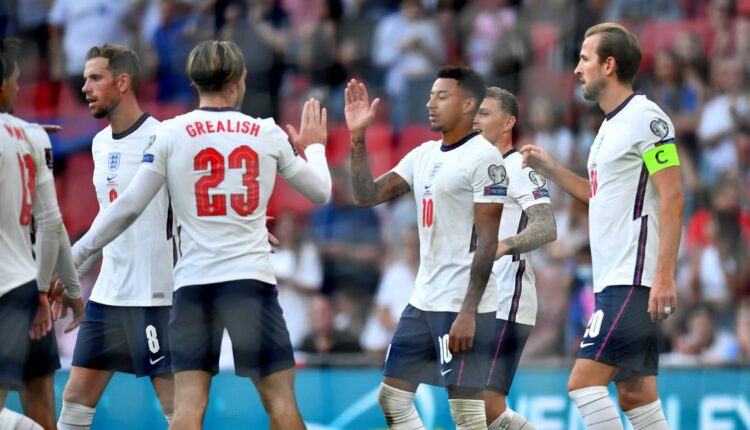 LONDON, Sept 5 (Reuters) – Jesse Lingard returned to the scoresheet for England for the first time in three years with two goals in his side’s 4-0 win over Andorra in a one-sided World Cup qualifier on Sunday.

The Manchester United forward opened the scoring in the 18th minute and struck again late on after Harry Kane had finally doubled England’s lead with a 72nd-minute penalty.

Bukayo Saka gave a more realistic reflection to England’s total domination against the Pyrenees principality when he headed in a fourth goal on his 20th birthday.

England’s victory in their first match at Wembley since the heartbreaking penalty shootout defeat by Italy in the Euro 2020 final in July maintained their 100% record in qualifying for next year’s World Cup in Qatar.

They top Group I with 15 points, six ahead of Albania who beat Hungary 1-0. Poland will cut their lead to five presuming they beat San Marino later on Sunday.

The atmosphere at Wembley could hardly have been more different to the rainy July night when England’s dreams of Euro 2020 glory were ended by Italy in stomach-churning tension.

A sizeable crowd, enjoying a burst of late-summer sunshine, were hardly fixated by the action in front of them and some began amusing themselves by making paper aeroplanes as England’s shadow team made heavy weather of opening up the Andorrans.

Andorra would have taken reaching halftime only trailing 1-0 as a moral victory, especially as they barely managed a kick in a first half resembling an England passing exercise.

England made 11 changes from the side that crushed Hungary in midweek, the first time that had happened since 1982.

But after Lingard had a second goal ruled out for offside, the first half proved frustrating for the hosts as Andorra camped in their own penalty area.

Debutant Patrick Bamford was agonisingly close to touching in a low cross but for all their superiority England managed only one shot on target before halftime.

Reece James thumped a shot against the crossbar shortly after the break but with an hour elapsed Southgate sent on A-listers with Kane, Jack Grealish and Mason Mount.

The trio combined for England’s second goal in the 72nd minute, Grealish playing in Mount who was shoved over in the area and captain Kane dispatched the penalty into the corner.

Lingard beat Gomes with a low shot from distance in the 78th minute but the most cheered goal of the night was Saka’s header — a fine way to soothe the pain of the missed penalty that handed Italy the Euro 2020 trophy.

“It was the perfect Wembley present for me,” Arsenal’s Saka said. “Really happy with the reception everyone gave me. It means everything for me.”

Canadians have record-high mortgage debt. What happens when rates rise?