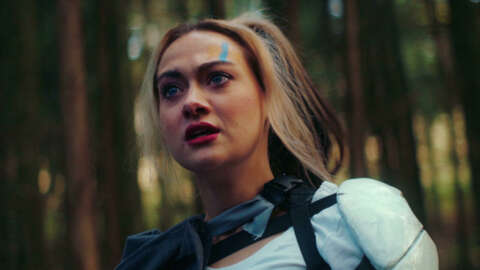 These days, it feels like every game developer has dipped a toe in the battle royale genre originally popularized by PlayerUnknown’s Battlegrounds, but Wales Interactive’s take on the genre is truly unique. With PUBG initially inspired by movies like The Hunger Games and the titular Battle Royale, FMV game Bloodshore is taking the genre back to its roots by creating a battle royale “interactive movie.”

Bloodshore players will take on the role of Nick, a washed-up actor fighting for a life-changing cash prize in a televised battle royale. Players will make decisions as Nick that will help him both survive, and uncover the mystery behind the game’s deadly reality show. The studio has released a new, in-depth trailer showing more snippets of the game’s full eight hours of FMV footage, as well as giving players a peek at how interacting with the story will happen.

Wales Interactive has also announced that Bloodshore will be releasing for all platforms on November 3. The timing is great for the studio as battle royale-style TV show Squid Game just became Netflix’s most popular show ever, proving there’s plenty of enthusiasm out there for this type of story.

Bloodshore will be released across a wide range of platforms including PC and Mac via Steam, PS4, PS5, Xbox One, Xbox Series X|S, Nintendo Switch, and iOS.