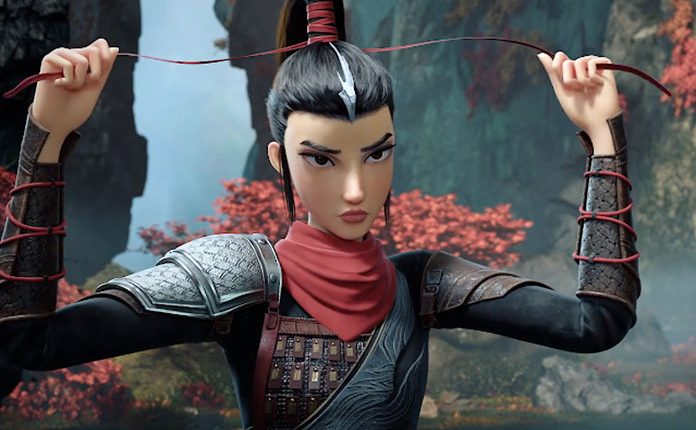 Things were not helped by a soft critical reception and a political controversy around the time of the film’s debut when the end credits revealed a ‘special thanks’ to government entities in the Xinjiang region where some shooting took place – an area currently under major scrutiny over human rights abuses.

That controversy led to the movie getting little publicity ahead of release in China, and once it did open it faced a backlash from audiences for misrepresenting Chinese culture.

Just over a week ago now, Gold Valley Films’ new Chinese-made 3D animated film “Kung Fu Mulan” opened in cinemas there. That film was sold on the idea of it being “real China, real Mulan” according to the poster.

However The South China Morning Post indicates that even though it secured the window of the country’s “golden week” holiday celebrating National Day, “Kung Fu Mulan” has been fizzer with audiences giving it a score of 3.1 out of 10 from on more than 3,500 user ratings.

That’s a worse score than that 4.9 that Disney’s “Mulan” pulled in based on more than 213,800 ratings. Criticisms have been levelled at the quality of animation, ridiculous storyline and forced romance.

The movie opened in cinemas locally on October 3rd.