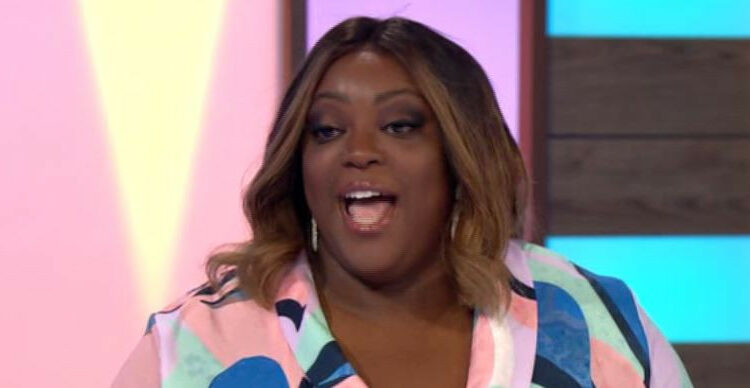 Loose Women star Judi Love has confessed to tricking her Stormzy-obsessed daughter into thinking the rapper had turned up at her birthday party, and we’re honestly crying for the teen.

The TV presenter celebrated her daughter’s 16th birthday on Sunday with a small garden party.

Everyone was having a great time until Judi, quite hilariously, decided to play with her poor daughter’s emotions by making her think the Big For Your Boots rapper had turned up.

Recalling the prank on Monday’s episode of Loose Women, the comedian told her co-hosts: ‘We had a beautiful outside venue all Covid regulated. It was just stunning, the effort of the team. She was so happy, things were cancelled, prom and everything.’

She then admitted: ‘I did play a trick on her and everyone who knows me knows she’s an absolute Stormzy fan. Not even a fan, she is his top fan and because of her, we ended up in one of his promo videos for his single. She just loves Stormzy.

‘She will meet Stormzy one day very soon but what I did do, at the party they were all dancing and I just screamed and went, “Oh my God, Stormzy!” She looked back, ran, held her chest and he weren’t there.’

Gloria Hunniford chimed in while laughing: ‘You’re so mean!’

She went on to reveal the extent of her daughter’s love for Stormzy, adding: ‘We were at a Burna Boy concert and Stormzy, we didn’t know he was going to be there.

‘He came out, we heard the music, I went to turn to my daughter to say, “Stormzy’s come out on-stage”, she dropped down on the floor like the guy next to us was holding her up.

‘She’s an absolute fan, she knows all the songs and you can’t talk about her Stormzy. She’s a big, big fan.’