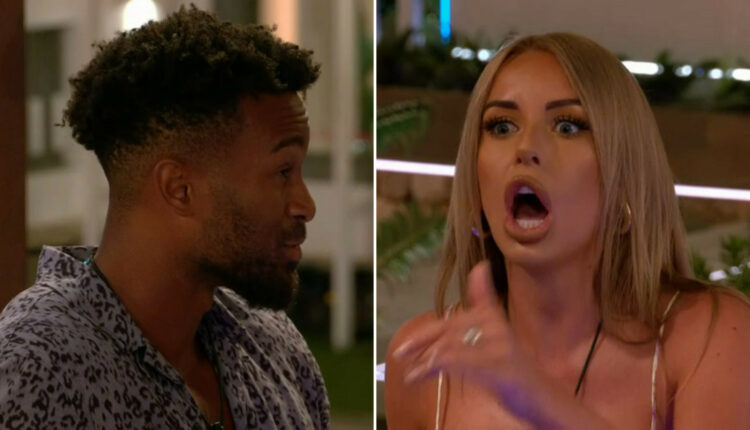 Faye fumed at Teddy for almost an entire episode this series in a controversial moment after she was shown a clip of him admitting he found another islander, Clarisse Juliette, attractive.

Other islanders Dale Mehmet and Matthew McNabb tried to cool the situation down but they also ended up at the receiving end of Faye anger.

The scenes drew thousands of viewer complaints to Ofcom, and even Teddy’s own family called her out for her actions.

Faye apologised to her boyfriend for the way she handled the situation with Teddy explaining on the Love Island reunion show that they have completely moved on from that clash.

The former islander confessed she would have complained too if she had been watching at home.

‘There would have been another complaint if I’d watched it back too…from myself. I would have been complaining about it too. Not one of my finest moments,’ she told host Laura Whitmore.

Teddy said: ‘Living in the moment it was painful to see how she was hurt but we’ve moved on so far from it it’s unreal.’

Laura wanted to know why the girls didn’t intervene themselves, and Chloe admitted they were too scared to.

She explained: ‘We were terrified. No one wanted to get in the way of the wrath of Faye, so we were hiding.

‘We weren’t getting involved, it was terrifying.’

Faye and Teddy, who finished in third place behind Chloe and Toby Aromolaran and winners Millie Court and Liam Reardon, have gone from strength to strength since with Teddy officially making her his girlfriend.

Love Island is available to stream on ITV Hub.


MORE : Celebrity SAS: Who Dares Wins 2021: Jake Quickenden breaks down over death of dad and brother

I’m A Celebrity Get Me Out Of Here! 2021 start date teased as Gwrych Castle closes to public ahead of show’s return