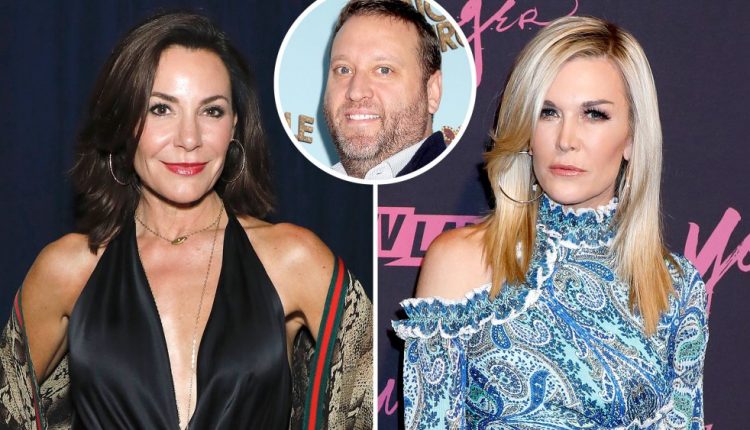 Luann de Lesseps: Why Tinsley Mortimer’s Split From Scott Was Not Shocking

Not so shocked. While Tinsley Mortimer may have been “completely blindsided” by her split from fiancé Scott Kluth, her former Real Housewives of New York City costar Luann de Lesseps revealed she wasn’t so caught off guard.

“I keep in touch with Tinsley. God knows that we all have to make our own mistakes. God, you know, obviously I’m always in trouble with one man or another on the show. So, you know, we all have to make our own journey and this was part of her journey and I think every experience leads you to the next place in your life.” De Lesseps, 55, told Us Weekly on the Friday, April 30, episode of the “Getting Real with the Housewives” podcast. “When you close one door, a new chapter opens. I’m sorry for her that it didn’t work out. I hate to say that I was a little skeptical that it wouldn’t work out.”

Us confirmed on March 18  that the pair ended their engagement after 14 months. Kluth revealed in a statement that he and Mortimer, 45, had “been living independently” for a few months before ultimately calling it quits.

“I feel for her because I’ve kind of been, not in the same position, but you know, where things don’t work out the way you kind of expect it to,” the cabaret star told Us. “I was surprised, but not shocked.”

While Mortimer may have been surprised by the split, a source told Us that it was a long time coming. “Tinsley shouldn’t feel blindsided when she was aware it was over months ago,” the insider said. “Maybe it actually sunk in last week, but Scott did not blindside her. They have not seen each other since the beginning of January. They did not spend Valentine’s Day together. He’s been living alone since January.”

The former couple have had a rocky relationship since they were set up on a blind date by RHONY’s Carole Radziwill in February 2017. They broke up eight months after their introduction and split again in June 2018 after a brief reconciliation. After giving things another shot, the businessman proposed in November 2019, leading Mortimer to exit the Bravo reality series in order to focus on her future with Kluth in Chicago.

Season 13 of The Real Housewives of New York City premieres on Bravo Tuesday, May 4 at 9 p.m. ET.

Josh Duggar Trial to Begin in July: Everything We Know