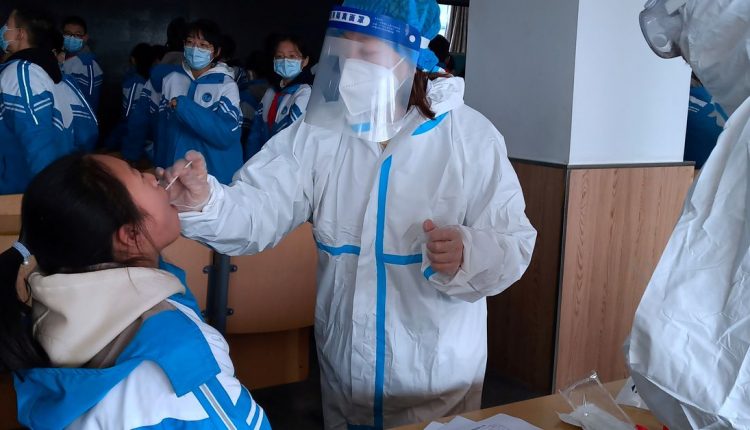 Four of the cases were local infections in the eastern province of Anhui, all linked to the same case, surnamed Li. State media reported mass testing being carried out in two cities in the province, Luan and Hefei.

Two of the Anhui cases were reported by the National Health Commission on Friday, having been logged on Thursday.

They were the first local transmissions since April 20, when China recorded two in the southwestern province of Yunnan, where a city on the border with Myanmar reported a new cluster in late March.

China’s official Xinhua news agency said Li had travelled to Anhui on May 1 from Dalian, a port city in China’s northeastern Liaoning province.

The otherNational Health Commission case, surnamed Zhang, was in close contact with Li during a training class Li led in the city of Luan, Xinhua reported.

Anhui authorities later reported two further locally transmitted cases, both with links to Li. None of the confirmed Anhui cases had been vaccinated, Xinhua cited a local health official as saying.

Two areas in Luan and one part of Feixi county were declared “medium-risk” in response to the cases.

The other five cases in mainland China, logged on Thursdayand reported on Friday, were imported infections originating overseas. The health commission had reported nine cases on Thursday, all imported.

The number of new asymptomatic cases, which China does not classify as confirmed cases, rose to 22 from 14 a day earlier.

The total number of confirmed COVID-19 cases in mainland China stood at 90,815 as of Thursday, while the death toll remained unchanged at 4,636.

‘QAnon Shaman’ lawyer says all Americans had a role in U.S. Capitol riot

SiFive aims to challenge Arm with new tech, pairs with Intel on effort