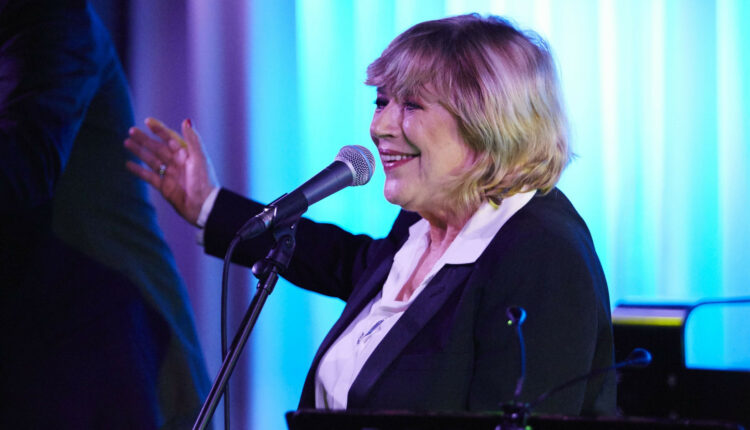 Marianne Faithfull is still struggling with affects of long Covid

Marianne Faithfull is still suffering with the after-effects of Covid-19.

The 74-year-old musician was in a London hospital for three weeks in April 2020 as she received treatment for coronavirus symptoms, and she is still struggling with memory loss and fatigue, while her lungs haven’t fully recovered.

During an appearance on the Rockonteurs podcast, she had to end the chat after 23 minutes because she was feeling tired.

‘I can’t do much more,’ she admitted, before saying she wanted to stop the interview. ‘I can’t go on.’

Earlier in the conversation, she told hosts Guy Pratt and Gary Kemp – the latter of whom was joining the interview remotely – that she was suffering symptoms of long Covid as she tried to remember the name of someone from the 1940s.

She explained: ‘One of the bad things that happened after Covid is my lungs, my memory, my tiredness. These are the three things that really affect me and it’s an awful drag.’

Guy noted that before the interview, Marianne confirmed she was ‘very happy’ to appear on the podcast despite her health.

He said: ‘She’s been having a very hard time, so I’ve been keeping an eye on her during Covid. She’s still a bit weak but was very happy to chat with us.

‘She did really want to do it. She made it clear to me “I won’t be able to do that long, I’ll get tired.”

‘But she was happy. I stayed and had a nice cup of tea with her afterwards.’

Earlier this year, the As Tears Go By star revealed her lungs had not recovered from Covid, and she would need a ‘miracle’ if she was to regain her singing voice.

She told The Guardian: ‘‘I may not be able to sing ever again. Maybe that’s over. I would be incredibly upset if that was the case, but, on the other hand, I am 74.

The singer said that an NHS doctor told her that she didn’t think her lungs would ever recover, but she remains hopeful.


MORE : Marianne Faithfull ‘may never sing again’ due to effect of Covid-19 on her lungs