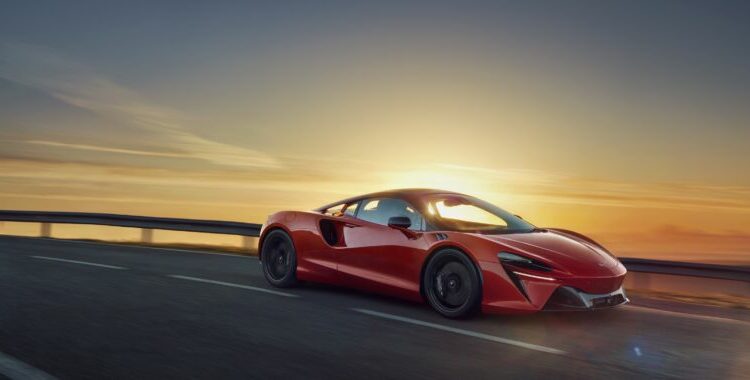 There’s a new carbon-fiber monocoque and a 120-degree V6.

Earlier this year, McLaren unveiled its Artura supercar. When it goes on sale later in 2021, it will become the brand’s new entry-level car, replacing the “Sport Series” cars like the 570S and 600LT. And it really is all-new. All previous McLarens (except the F1) have used different variants of the same V8 engine and versions of the same carbon-fiber monocoque tubs. But the Artura is powered by a V6 plug-in hybrid powertrain, and the carbon monocoque—which has to package the high-voltage battery pack—is similarly fresh. McLaren recently sat down with Ars over Zoom to give us a deep dive into the Artura’s tech. Read on to find out what we learned.

Until now, McLaren has outsourced production of its carbon-fiber “monocell” chassis to an Austrian company called Carbo Tech. But in 2020, McLaren opened its own composite manufacturing center in Sheffield, England, and the Artura’s chassis—dubbed the McLaren Carbon Lightweight Architecture—will be made in-house.

McLaren says more than 500 pieces of carbon fiber are laser-cut and assembled in 72 pre-forms; these make up 11 subassemblies that come together to make the finished tub. It’s not an entirely carbon car, however. Like the current Sport Series McLarens, the Artura will use aluminum body panels. But it still manages to achieve a highly respectable curb weight of 3,303 lbs (1,498 kg).

The new engine, excitingly named M630, is a twin-turbocharged 3.0 L V6 with an output of 577 hp (430 kW) and 431 lb-ft (584 Nm). The V6 uses a 120-degree vee-angle between the cylinder banks, plus a “hot-vee” configuration, in which the turbochargers nestle in between the two banks of cylinders on top of the engine. This helps with packaging, but it also means the exhaust gases have shorter distances to travel, and the engine is therefore more responsive as a result.

It has been designed from the ground up with hybridization in mind, requiring McLaren’s engineers to be a little obsessive when it comes to reducing its length and mass to compensate for having to also pack in a lithium-ion battery pack. The V6 is about 8 inches (200 mm) shorter than McLaren’s V8. This is partly due to the car having one fewer cylinder in each bank, obviously. But the cylinders also have a smaller bore (3.5 inches/84 mm) than the V8, and McLaren direct-cast the cylinders into the block (rather than fitting wet liners), reducing the space it needed to leave between them.

Keeping the engine cool probably gave McLaren’s engineers some headaches. In addition to the two exhausts at the rear, a “chimney” directly above the engine provides an escape for the air pumped into the engine bay (after exiting the Artura’s high-temperature radiators) to cool the turbochargers.

Manufacturers’ press photos of supercars usually feature the cars on a deserted but spectacular road or maybe smoking a tire at a private race track. But many supercars spend much of their time in town, prowling from parking space to parking space in glitzy neighborhoods for the benefit of a legion of young YouTubers.

But the writing is on the wall for idling internal combustion engines in places like London’s Knightsbridge. Mindful of that reality, McLaren made the Artura a hybrid.

The disc-shaped motor is located inside the clutch housing between the engine and transmission, directly on the input shaft. The car’s battery pack is located ahead of the engine bay, mounted to the underside of the car’s carbon-fiber monocoque chassis. This keeps it well protected in the event of a crash, as well as putting it in the optimum spot for weight distribution and the Artura’s center of gravity. The pack has a capacity of 7.4 kWh, and McLaren says it takes 2.5 hours to charge it to 80 percent using a 240 V charger.

McLaren says that in Comfort mode, most city driving in the Artura will be under electric power, with the V6 firing up at around 37 mph (60 km/h). Maximum speed on the electric motor alone is 81 mph (130 km/h), and McLaren is targeting an electric-only range of about 19 miles (30 km) under the WLTP system.

Demeo is the best multiplayer, virtual-reality D&D clone ever made