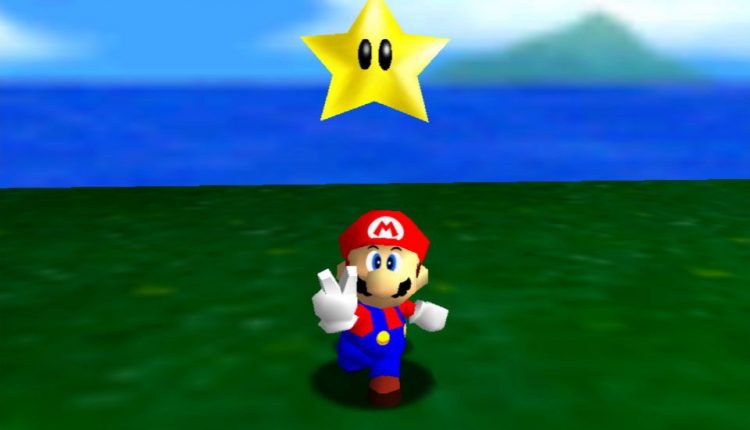 A reader recalls his early gaming years with his mother and how they both fell in love with gaming thanks to Super Mario 64.

I watched an episode of Young Sheldon recently where he has his first experience gaming with his Meemaw, it was very sweet and reminded me of gaming with my mother. So here goes, personally I didn’t have a lot of friends when I was young. There was nobody to have over my house and I could not often go out to play. So, I asked my dad for a PlayStation, ‘cos Spyro The Dragon looked way cool, but instead he got me a Nintendo 64. I remember being so disappointed, my mother as she always did, tried to make everything better and convinced me to try the N64.

I was blown away! Mario in 3D! A lot of collecting, a lot of jumping, and a whole lot of infuriating excitement as I didn’t make the jump. When I couldn’t sleep my mother asked, ‘You wanna go play Mario?’ Of course the answer was yes (Yes! YES!). We would race down the stairs ‘cos she was just as excited as me to ‘get on the game’ (which became a popular phrase in our household) and she’d sit next to me on the floor right in front of the TV, urging me and encouraging me and always telling me ‘You were so close that time’ when I failed.

Then we got Diddy Kong Racing – we had to – and I still rock out to that start-up tune, and we would play multiplayer. Of course, I would always win ‘cos I was amazing at it. My mum would always meander onto screen when I got a power-up and she would always drive into those spiky ball things. She was terrible! Or so I thought. It’s only now I realise how she played me, she was a crafty one. But she made me feel awesome.

My mother has passed now but I will always have our gaming memories.

Her telling me where to go on Tomb Raider while I shouted profanities at first generation ever-so-pixelated Lara ‘cos, as anyone that has played Tomb Raider will know, she never quite made the jump right. And my mum would say, ‘Right, let’s do something else for a while, take a break, relax and rest your button fingers.’

Her laughing at me when I was doing a scary bit; Tomb Raider again, number three stone statues, ‘nuff said.

And her always being there for all my triumphs and tribulations on a game.

But in retrospect she was just as passionate about gaming as me. Once, she woke me up at 2am when I was five ‘cos she’d saved the princess on this terrible but oh so fun ‘90′ side-scroller because she wanted to involve me in her triumphs as much as I wanted her to be involved in mine. And, not to boast but my mum even beat the boss on Cheesy, a bargain bin pick-up from the chemist. She loved that game. My mother was hardcore and so much fun to be around, especially when it came to gaming.

So, to gaming with family and mothers everywhere, who are our best friends no matter what.

And also, a quick shout out to last week’s Reader’s Feature. Rean Schwarzer is my spirit animal.

MORE: Nintendo 3DS has been discontinued – officially a dead format

MORE: Monster Hunter Rise and Ori And The Will Of The Wisps revealed in Nintendo Direct Mini

MORE: Nintendo Switch sold more units in August than any console in US history