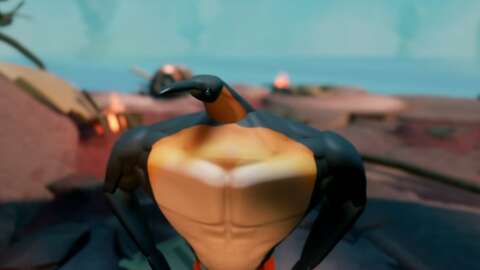 Dreams developer Media Molecule has released three levels for its latest Dreamiverse project, Megapenguin. Starring a very buff version of nature’s greatest killing machine–the penguin–the big draw of this game is that it isn’t complete yet and it’ll be up to the Dreams community to finish the job. To help Dreamiverse creatives out, Media Molecule has provided a selection of assets that can be used to craft more Megapenguin adventures.

“We’ve kicked things off with these three levels – but, in the spirit of Megapenguin, we would like you to fill in the rest of the story and, above all, help us get Megapenguin back to his fleet where he belongs,” Media Molecule explained in a blog post. “Who knows how long Megapenguin’s quest might end up being, or where it may take him? We certainly don’t. That’s the entire point of this.”

Dreams players can submit their creations to the Challenges page, with the best scenes eventually being picked for inclusion in the Adventure mode. Fans can also look forward to DreamsCom 2021, which will feature explorable booths and creations made entirely within the game. The convention floor will be open from July 28 until August 2, and Media Molecule will host Twitch livestreams, kicking off with a preview stream on July 27 at 9 AM PT / 12 PM ET.

Dreams first launched on the PS4 on February 14, 2020, and is also playable on PS5 through backwards compatibility.