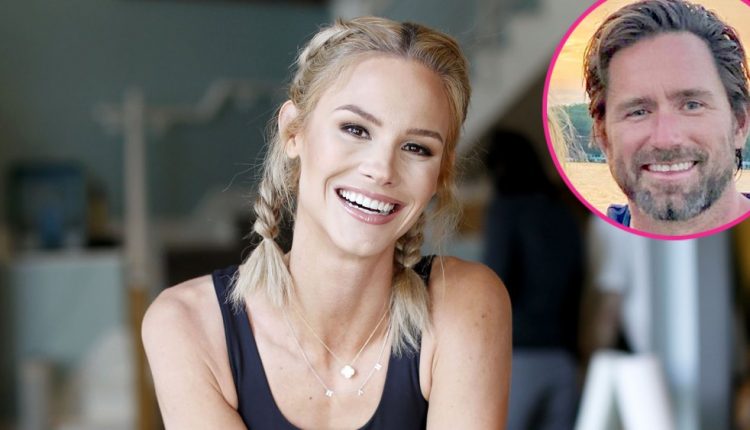 Ready to move on! Meghan King has been dating again after recently splitting from her boyfriend of six months, Christian Schauf.

Us Weekly confirmed in May that the former Real Housewives of Orange County star, 36, was seeing Schauf, 40, amid her messy divorce from estranged husband Jim Edmonds. The spouses split in October 2019 after five years of marriage and share daughter Aspen, 3, and twin sons Hayes and Hart, 2. Now, King is seeing someone new after settling into a home in St. Louis.

“I was kind of dating, but then the [coronavirus] pandemic hit when I was starting to date. … Then I’m dating in St. Louis, and that is a little bit more awkward,” King tells Us exclusively. “When the guy comes to the front door, I’m like, ‘OK, do you come to the front door? Or do I allow you to be a gentleman, or do I hide my kids? Do I wait until they’re already asleep? How does this work?’”

The “Intimate Knowledge” podcast host admitted that she doesn’t have a “balance” perfectly figured out yet but is “going to try to shield” her kids from her dating life.

“But also, a part of me says, ‘Look, this is Mommy’s life.’ … I’m not going to have just a revolving door and make that a priority, my number one priority in my life,” she adds. “I feel like to hide it from my children is hiding a part of what they are experiencing, even peripherally, as part of their reality. I don’t want to do that either.”

While her children are still young, King is trying “a little bit of sheltering and a little bit of introducing” when it comes to potential future partners.

“I’ve started telling my daughter I’m going on dates when I go out with my girlfriends too, so that she doesn’t think of going on a date is just I’m leaving her for a boy,” the Bravo alum says. “I want her to think I’m just going out at night with a friend.”

Before they called it quits in November, King connected with Schauf on a dating app. Since her split, she’s been set up on dates by her friends and has been browsing the apps once again. Compared to the dating pool in Los Angeles, King says the options in St. Louis are few and far between.

“It’s a little bleaker,” she jokes. “The men overall are not quite as interesting, in my opinion, but there’s definitely upsides. They are more, I would say, true to themselves, more family-oriented. There’s definitely pros and cons, which is all the reasons I love St. Louis and all the reasons I hate St. Louis, and vice-versa with L.A. I need to find that guy who’s the perfect mix of the St. Louis values with the L.A. attitude.”

Edmonds, for his part, moved on with girlfriend Kortnie O’Conner in April 2020. Six months later, the former professional baseball player gushed over his new flame on her birthday.

“Happy birthday @kortnieoc. To the most amazing, strong, courageous, loving, selfless, caring, daring person I have ever met,” he wrote via Instagram at the time. “I could never put into words what you mean to me and my family. … It’s like you came along and turned the light on in my heart again. Something that I didn’t think was going to be possible again. just wanted to take this opportunity to tell you how much I love you and thank you for being you! YOU ARE MY FAVORITE!”

James Bond movies: Ranking 007’s best, worst and everything in between

James Bond movies from Connery to Craig: Get started with 007