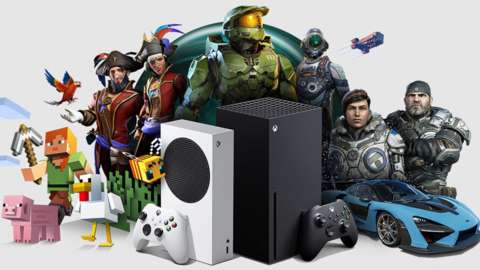 With next-gen console prices remaining high during an ongoing pandemic, consumers can benefit from a little more flexibility on their purchases.

It’s no surprise that both PlayStation 5 and Xbox Series X/S preorder launches were disastrous. There was a divide on the internet: those agonizing over bots and refresh buttons, and those who didn’t even bother because it’s all too expensive. And while this sounds like it could be any console launch, it wasn’t–because we are in a pandemic.

Both the high-end PS5 and Series X consoles cost $499.99, but only the latter currently has flexible payment options. GameStop is working on three different payment options, which include layaway and monthly payments. Adding onto that, the return of Microsoft’s economical All Access plan allows customers to choose a next-generation Xbox console of their choice bundled with Game Pass Ultimate for a monthly payment over 24 months. This service allows members cross-platform access to a library containing over 100 games, with some even playable on their respective launch days. Between GameStop’s payment installation plan and Microsoft’s bundle, it’s a wonder that these payment plans weren’t implemented earlier.

Why is this a big deal? Putting it simply: COVID-19 has dealt a massive blow to the world in every sense, and not everyone can front money for a next-gen console. With massive layoffs, reduced salaries, and overall tense economic conditions, the justification for dropping half a thousand dollars in one go isn’t just anxiety-inducing–it can be downright terrifying. According to USA Today, roughly 833,000 more Americans filed for unemployment in just the last week of August alone, bumping the total number of people filing for some form of government benefits up to 29.6 million. Depending on your financial situation, a $500 expense could make or break your month. And that’s in addition to the fact that $70 games could become the standard price point for PS5 and Series X games.

It’s both disappointing and unsurprising that Sony hasn’t announced a similar competitor to Xbox’s All Access or GameStop’s monthly installment options. The company has historically been rigid with its prices, even during blowout sales events. But with the ongoing pandemic and the rival launch of the Series X/S, Sony needs to step it up. Even with news of PS4 backward compatibility and the newly-announced PlayStation Plus Collection, that may not be enough for customers. More than ever, we’re facing immense pressure to be financially cautious.

It’s both disappointing and unsurprising that Sony hasn’t announced a similar competitor to Xbox’s All Access or GameStop’s monthly installment options.

When it comes down to it, Microsoft’s All Access plan isn’t dissimilar to getting a new phone. There’s already success in monthly payment models; mobile carriers have been doing this for years with smartphones. The iPhone 11, for example, is currently listed for $699 on Apple’s website. That’s almost $100 more than either the PS5 or Xbox Series X, yet iPhones aren’t usually considered rare commodities or inaccessible to the average person. Despite their steep price points, high-end smartphones have become ubiquitous in the last decade. And that’s part of what payment installation plans can offer: more access to the latest tech for more people. For many, paying $25 a month for two years is far more doable than dropping $699 in one sitting. Gaming has always been expensive to keep up with, and it’s time for retailers to treat next-gen consoles with the same amount of flexibility as other large, high-profile purchases.

Whether it’s PlayStation Plus or Xbox Live Gold, consumers still have to pay for a recurring monthly subscription if they want to play games online. It makes sense to bundle this recurring charge with monthly payments on a new console, like how it works with getting a new phone. A similar payment plan can lower the barrier of entry to adopt a new next-gen console for existing players and their subscriptions (and probably increases day-one sales). If they’re new, this streamlines the process of getting set up. In the case of Microsoft’s All Access offer, Game Pass Ultimate is already included so new players won’t have to worry about breaking the bank by stocking up on a new library of games. Because even when you buy a PS5 or Xbox Series X/S, you’re not actually done spending money–you need games.

This is a pivotal time for both companies and their new consoles. With winter only a few months away and the world bracing for a potential second wave of infections, more people are going to be staying inside than ever. The days will be shorter, the seasonal affective disorder back in full force, the cabin fever taking us all. What better way to unwind than diving into games and streaming for hours? It should be crucial, then, for Sony to position itself as a viable competitor, not in the way of games but in adapting to its consumers’ needs and lifestyles. The coronavirus pandemic merely expedited and exacerbated a problem that was already there: the disparity between the high upfront costs of a next-gen console and consumer habits in the current socioeconomic landscape.

While both next-gen consoles are hotly anticipated, the consumer edge lies with Microsoft here. It’s time for companies and retailers to take a page from the Series X/S launch and adapt not just to quarantine life, but financially leaner and frugal times for everyone. If the way we live is different, shouldn’t the way we spend money change too?

The Best And Worst Uses Of Xbox One Hardware