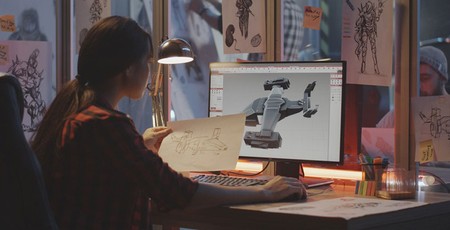 Microsoft has decided it will improve the revenue share for games developers later this year. In a LinkedIn post by Sarah Bond, CVP, Head of Game Creator Experience & Ecosystem at Microsoft, the reason given for the change of heart was to “help empower more creators to make more amazing games”.

So, what is specifically happening? With regard to revenue share, the Microsoft CVP outlined that “Starting on August 1, the developer share of Microsoft Store PC games sales revenue will increase to 88 per cent, from 70 per cent.” Thus, Microsoft’s cut will fall in line with that given to developers selling games via the Epic Games Store, and out of line with the more popular Steam games store/platform. Being more generous to developers will precipitate more games becoming available on the Microsoft Store for PC games. Other initiatives Microsoft is taking now or planning to begin, to kindle innovation and reach more players includes;

As mentioned above Steam is still taking 30 per cent from developers. However, it recently changed its cut to reward success. It did this by reducing its cut to 25 per cent if a game brought in more than $10 million, down to 20 per cent if a game generated $50 million in sales. Interestingly, Apple implemented an equal/opposite policy which sees Apple Store apps/games developers get 15 per cent of revenue unless the apps/game sells generates $1 million, once this revenue milestone is passed Apple takes a 30 per cent cut (backdated). Google Play follows this same Apple policy, minus the backdated revenue clause.

Microsoft has invested heavily in gaming in the past year with its completion of the acquisition of Bethesda Studios ($7.5 billion deal), as well as the launch of the new Xbox Series X/S consoles into an eager entertainment hungry pandemic market.