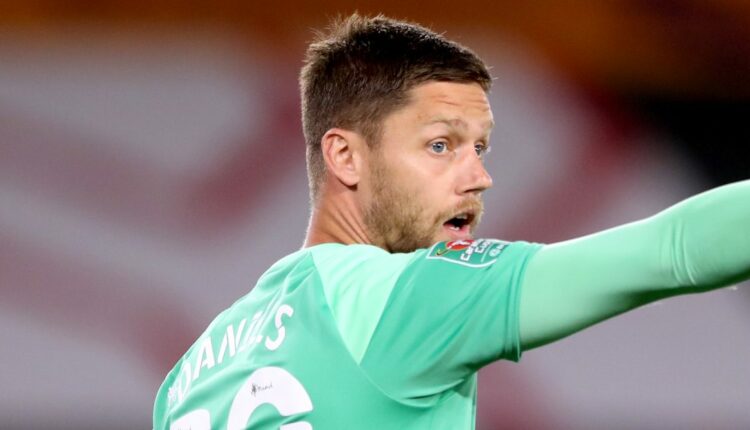 Middlesbrough have “agreed a deal” to sign Luke Daniels, who left Brentford at the end of the 2020/21 Championship season, according to reports.

The former West Brom ‘keeper joined Brentford in 2017 on a free transfer from Scunthorpe United.

Daniels played 36 times for the Bees up until the end of last season. He left the club in July upon the expiry of his contract.

Football Insider have reported that Daniels has “agreed a deal” to sign for Championship side Middlesbrough.

The report adds that he will come in as Joe Lumley’s backup at The Riverside.

Lumley is one of six signings Neil Warnock has made ahead of the new campaign. Martin Payero, Uche Ikpeazu and Matt Crooks have signed for fees. Sammy Ameobi and Lee Peltier have joined them on free transfers.

Elsewhere, Warnock has suggested that Sol Bamba will join Middlesbrough “in some capacity” this season:

“He’s such a keen lad and when we went to Cornwall he helped Craig Liddle with the under-18s and 23s and was very, very good. They were very impressed with him.

“That’s where I see him as a role long term. He’s an excellent coach with the youngsters and always giving advice, never shuts up.

“I think it’s an opportunity for him and if he can contribute on the field of play we have to think about that because he does give us another option, for example when I took Grant and Dael off he slotted in at centre-half and did well for me at Rotherham.

“I never thought he would get back to this sort of fitness if I’m honest when I was at Cardiff. All credit to him, he’s done remarkably well by working hard and overcoming things.

“I think he’s got things to prove and I think he was probably a little bit disappointed to leave Cardiff. We just play it by ear at the moment.

“He will be [here] in some capacity, unless he goes somewhere else.”