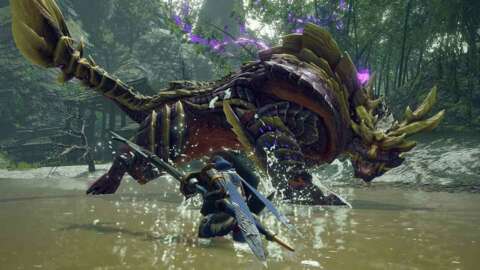 Monster Hunter Rise, which until now had only been announced for the Nintendo Switch, was said to be coming to other platforms in documents that were part of a massive Capcom data leak late last year. Now, thanks to reporting by Fanbyte, Rise is confirmed to be coming to the PC in 2022.

The new information was revealed in an interview with Monster Hunter producer Ryozo Tsujimoto and director Yasunori Ichinose. The developers said that Monster Hunter Rise was very much made for the Switch, saying that the team “were aware of [the console’s] shortcomings and abilities” while developing the game.

This may explain the long wait for the PC version of the game, due out next year, which the developers cautioned was “still very much in development.” It’ll be interesting to see how the PC port stacks up against the version made for Nintendo’s less powerful hybrid console, though it’s unlikely we’ll see footage of the port until the Switch version has released.

Monster Hunter Rise will release for the Switch on March 26, 2021, with a custom Monster Hunter-themed Switch releasing on the same day. Before then, we’ll get to see even more of the game with a series of livestream events scheduled through early March.