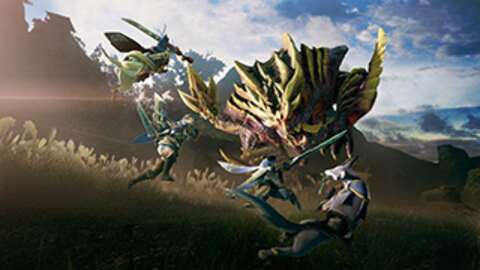 Monster Hunter Rise is off to a fantastic start. The Nintendo Switch RPG has shipped more than 4 million copies worldwide, just days after it released on March 26.

The Monster Hunter series continues in 2021 with Monster Hunter Stories 2: Wings of Ruin, an RPG that is slated to release on July 9. Capcom says Rise and Wings of Ruin will have some elements that connect the two games. Beyond that, a PC edition of Rise is coming in early 2022.

Overall, Capcom is looking to expand the appeal of the Monster Hunter series in a number of ways, including the franchise’s first movie.

This film, directed by Resident Evil’s Paul W.S. Anderson and starring Resident Evil’s Mila Jovovich, just recently released in Japan–in fact, it launched on March 26 in Japan, the day that Rise came out. Monster Hunter is massive in Japan, so much so that one tech CEO gave his company the day off to play the game. Beyond the movie, Capcom says it plans to roll out “character merchandising and apparel to collaborations with a diverse field of companies” to support the growth of Monster Hunter globally.