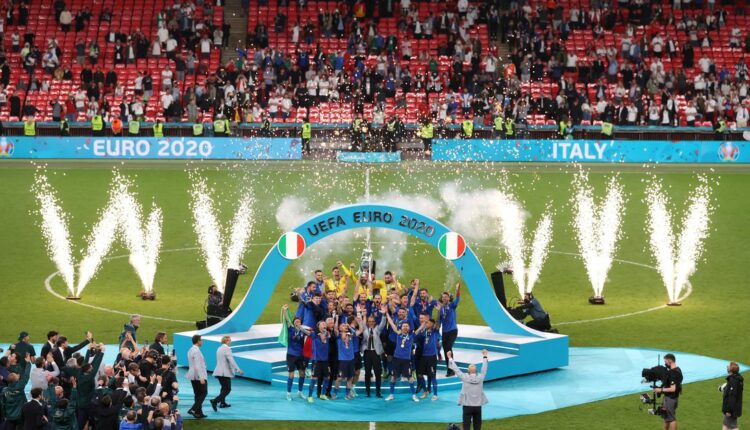 LONDON, July 12 (Reuters) – More than 30 million people in Britain tuned in to watch England’s nerve wracking penalty shootout loss to Italy in the Euro 2020 final on Sunday night, the biggest TV audience since the funeral of Princess Diana in 1997.

The BBC said 30.95 million people had watched the closing minutes of the game, while an average of 29.85 million sat through the match, which had finished 1-1 at Wembley.

England fans, the media and politicians have lauded Gareth Southgate’s young players for uniting the country during a pandemic which has killed almost 130,000 people, the highest death toll in Western Europe.

Many schools told children they could come in later on Monday so they could enjoy the game, which finished just before 2300 local time.

The final had been marred however by scenes of violence outside the stadium and the racial abuse that was directed at England’s Black players who missed a penalty. read more

The final was broadcast by the publicly owned BBC and ITV (ITV.L), a commercial channel, with 25 million watching it on the BBC.

The Deadline website said the audience was larger than the millions who gathered to watch the 2012 London Olympic Opening Ceremony or statements from Prime Minister Boris Johnson telling Britons they must stay at home at the start of the pandemic.

Should Your Company Provide Mental Health Apps to Employees?