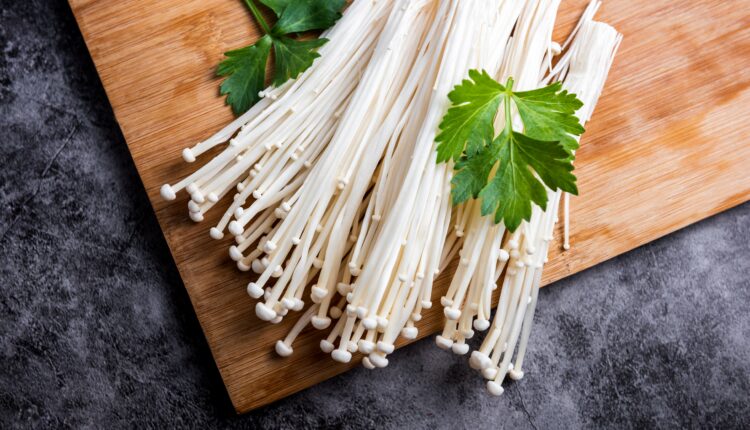 Concord Farms is initiating an enoki mushroom recall due to potential listeria contamination—and it’s the fifth brand to do so since April 2021.

The brand’s recalled enoki mushrooms were grown in Korea, distributed from California to retail stores through various produce distributors, and sold in 5.3-oz./150-g and 7-oz./200-g packages, according to the announcement posted by the U.S. Food and Drug Administration (FDA). While no illnesses have been reported in relation to the recall, people who purchased the mushrooms should return them to the place of purchase for a refund and contact the company with any questions.

This is the latest in a series of California-based brand recalls on enoki mushrooms due to potential contamination with listeria, a bacteria that can cause potentially serious foodborne illness. (No illnesses in connection to any of the recalls have been reported yet, according to the FDA.) The recalled mushrooms were grown in China or Korea and sent to retailers nationwide by produce distributors or wholesalers from specific states, including California, Illinois, Maryland, New York, Pennsylvania, and Texas. (See each particular FDA recall below for more info on their specific recalled products, including container size, packaging details, and the states from which they were distributed.)

Listeria bacteria can cause an infection called listeriosis, which sickens an estimated 1,600 people and kills about 260 a year in the U.S., according to the Centers for Disease Control and Prevention (CDC). Many cases are relatively mild, causing typical food poisoning symptoms such as fever and diarrhea, and most otherwise healthy people won’t require hospitalization or specific treatments for listeriosis.

Some groups of people are at higher risk of serious illness, however, and may require treatment with antibiotics. In particular, people who are pregnant, newborns, people over age 65, and people with weakened immune systems can experience more severe symptoms. They can also develop an invasive listeria infection, which occurs when the infection spreads outside the digestive tract and becomes systemic, causing symptoms like confusion, loss of balance, and stiff neck, according to the CDC. In pregnant people, invasive listeriosis may cause only flu-like symptoms (such as fatigue or muscle aches) but result in serious pregnancy complications.

If you’ve recently purchased enoki mushrooms from one of the brands that have initiated a recall, the individual FDA announcements recommend not eating them. Instead, you should return them to where you purchased them for a refund and contact the specific company with any questions.

Natasha Hastings on Her Olympic Trials Loss, the Future of…

Nearly All COVID-19 Deaths in the U.S. Are Now Among…