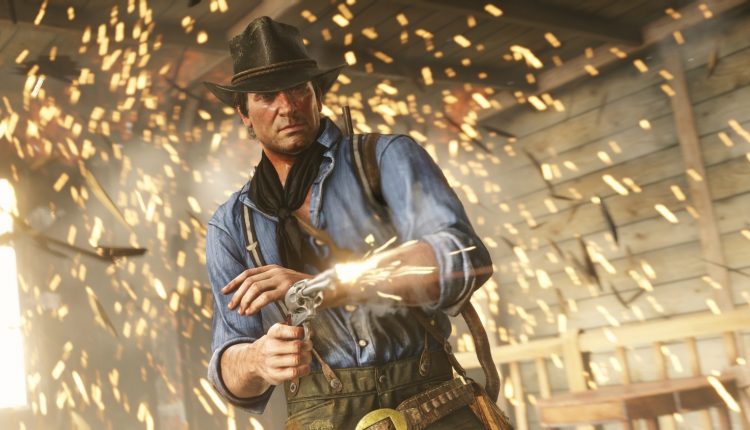 A reader looks back at his favourite moments from the outgoing generation, including winning at PUBG and getting drunk in Red Dead Redemption 2.

With the transition to a new generation of consoles slowly taking place, I thought it would be the perfect time to look back at some of my favourite gaming moments of the generation just past. If you have not been sure about any of the games on the list maybe this could help you come to a decision. Spoilers ahead!

One of the defining features of Horizon Zero Dawn was the tactical combat, each enemy has a specific way of being taken down which you have to figure out yourself using a variety of weapons and traps. Although it may not be the most difficult enemy to take down the Thunderjaw, Horizon’s version of the T-Rex, is most certainly one of the most impressive.

The first time I noticed one patrolling a stretch of road I decided to take the long way around as it was too high a level, but eventually you will have to face one. My first encounter probably lasted around 10-15 minutes, but felt like hours as I laid trip wires and looked for weak points beneath armour I had managed to shoot off, all while avoiding its rockets and charge attacks.

Who knew this generation would give rise to a new genre, the battle royale. The modes may very slightly from game to game but the basics remain the same. If you are not aware, the mode consists of a large group of players all placed on one map slugging it out to see who is the last one standing.

It is easy to see why these modes are so popular due to the roller-coaster of emotions you go through while playing and the gratification that can be had from winning. Side note, this is made easier with a team and embarrassingly I recently picked up the PUBG trophy for winning without any kills so thanks and… sorry team!

SPOILERS AHEAD! Being drunk in video games is nothing new and although there have been complaints about its use in video games I have found they only occur in games aimed at adults, the age ratings are there for a reason parents! What starts as a quiet drink between Arthur and Lenny quickly gets out of hand as Arthur manages to loose Lenny, the outing turns into a night of whiskey, bar brawls, romantic liaisons and… a group rendition of the cancan.

There any many laugh out loud moments and once finished and back at camp you really feel a bond with Lenny, which makes his death even sadder. Lenny is shot, running across a rooftop, there is no finale speech or heart-warming moment, you must simply leave him behind and move on.

Encounter with the Stranger – God Of War

From fighting a colossus as it rampages through a city to climbing Mt Olympus on the back of a titan, one thing you cannot deny from the God Of War franchise is its sense of spectacle. After brief tutorial section Kratos encounters a stranger who happens upon his door, this conversation quickly escalates into a battle between two demigods and so unleashes one of the most visually spectacular fights I have seen in any media.

At one point the two characters clash in a wrestling style test of strength, with the very earth beneath them buckling and crumbling from the force. Adding to this is the drama of Kratos trying to protect and keep his son safe from this intruder, which adds extra tension to the battle; thus beginning the first steps of Kratos embracing his role as a father.


MORE : My 35 years of playing The Legend Of Zelda – Reader’s Feature


MORE : What’s the point of PlayStation when you have a PC? – Reader’s Feature