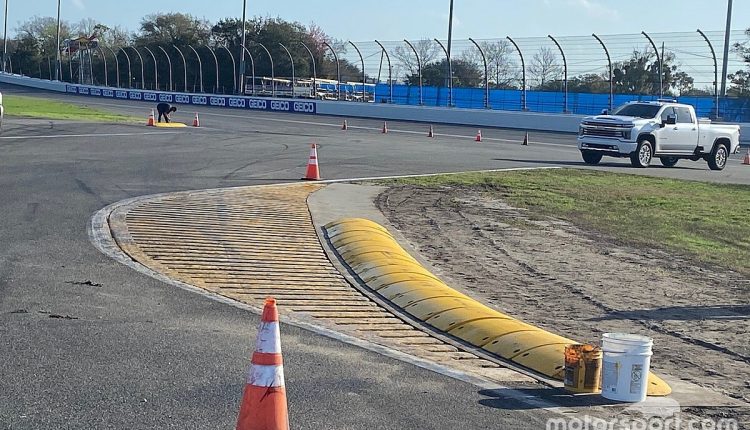 Repeatedly during last week’s Busch Clash exhibition race on the road course, dirt and grass were sprayed on the track and onto other cars when cars cut the corners on the backstretch chicane.

To help reduce those incidents, NASCAR has now added rumble strips in front of the “turtle curbing” to the Turn 9 and Turn 10 chicane on the backstretch.

“What happens is you get behind somebody real close, and you go in there and you can’t see where you are going, so if they get into the mud, you follow them and if there is four cars in line, everybody’s trying to cut the chicane a little tighter, a little tighter and it just blows mud everywhere,” driver Martin Truex Jr. said after the race.

“We’ve got to figure that out a little bit, but outside of that – the track is a blast.” 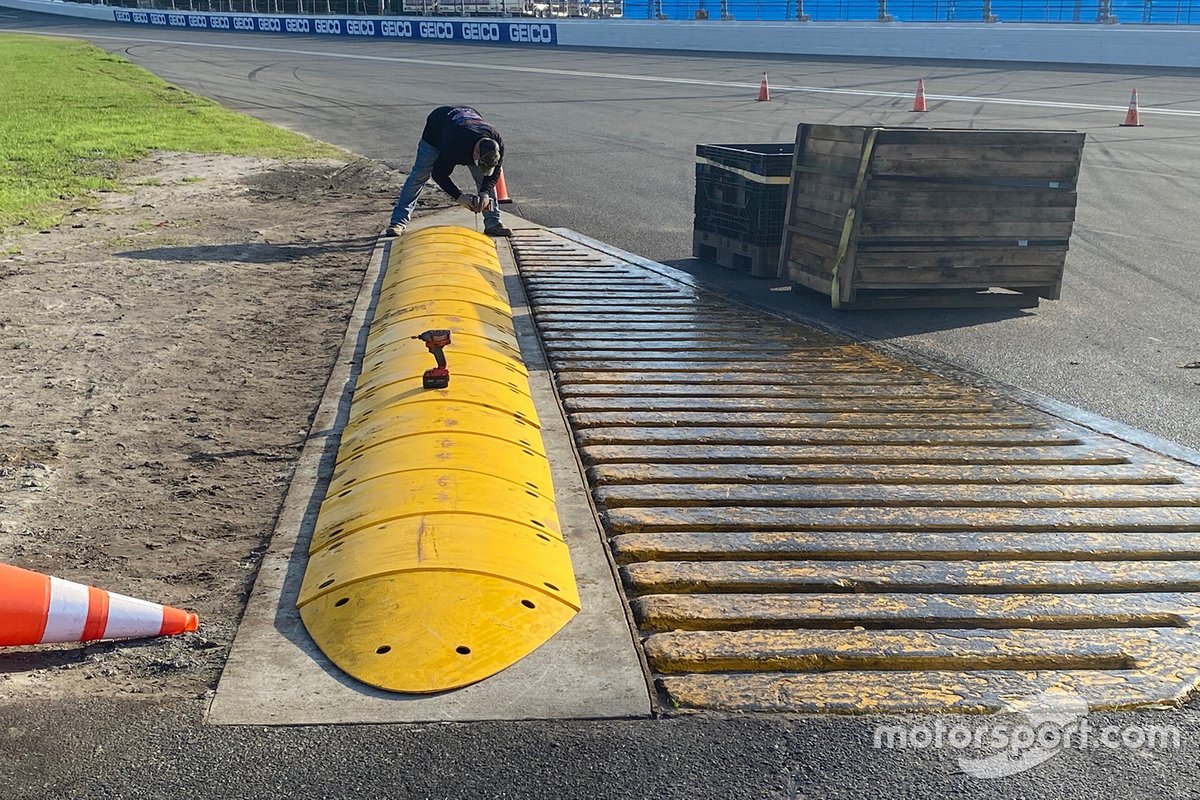 Concrete backdrop on the Daytona Road

Chase Elliott won the inaugural race on the Daytona Road Course last season and is going for his third consecutive road course victory in Sunday’s race. He will start on the pole with Daytona 500 winner Michael McDowell also starting on the front row.

“It looked like a good fix to me in short order,” said Elliott’s crew chief, Alan Gustafson. “Should be good.

“I don’t really have any issues with guys straightening that bus stop. That’s their job. That’s what they’re supposed to do. Just the dirt was a problem.”

Destiny 2 Moon And Dreaming City: What Activities To Do And What Loot You Can Earn