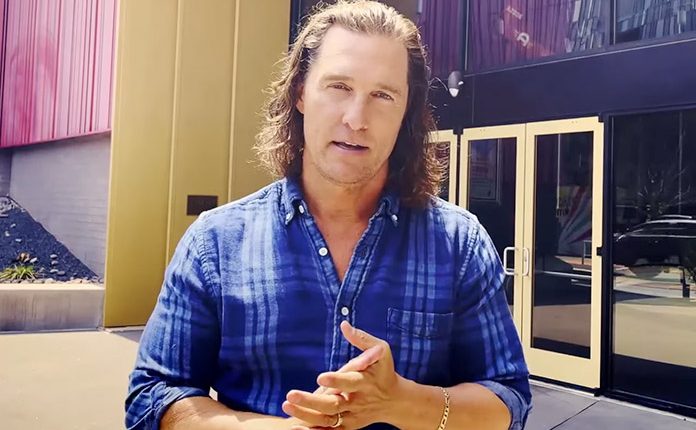 The National Association of Theater Owners (the other NATO) and the ratings board itself the Motion Picture Association of America (the only MPAA) have teamed up and enlisted Matthew McConaughey and his rather interesting new hairstyle to welcome back audiences to theaters with a new public service announcement video.

In the clip, McConaughey encourages movie fans to head back to cinemas and that the “big screen is back”. The clip includes footage from “Shang-Chi,” “Free Guy,” “F9,” “No Time to Die,” “The Suicide Squad,” “Peter Rabbit 2,” “Morpheus,” “Space Jam: A New Legacy,” “Jungle Cruise,” “The Green Knight,” “Ghostbusters: Afterlife,” “Black Widow,” “Halloween Kills,” “Cruella,” “A Quiet Place Part II,” “Wrath of Man,” “Dune” and “Death on the Nile” along with highlighting the over 150,000 theater workers who rely on the theatrical marketplace for their income.

The PSA aired on the pre-Oscars telecast Sunday night, with a video filmed under COVID-safe protocols. Check out the clip for yourself below: