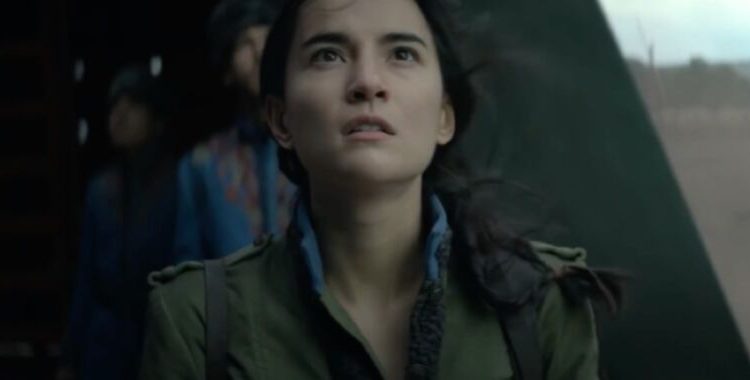 Netflix unexpectedly dropped an extended teaser trailer for its forthcoming fantasy series Shadow and Bone during a panel at IGN Fan Fest. The hotly anticipated series is adapted from Leigh Bardugo’s bestselling “Grishaverse” novels and will premiere on April 23.

(Mild spoilers for the books below.)

Bardugo published Shadow and Bone, the first of a trilogy, in June 2012, followed by Siege and Storm in 2013 and Ruin and Rising in 2014. She told Entertainment Weekly in 2012 that she deliberately avoided the usual medieval fantasy motifs and drew inspiration instead from the Russian Empire in the early 1800s. “As much as I love broadswords and flagons of ale—and believe me, I do—I wanted to take readers someplace a little different,” she said. “Tsarist Russia gave me a different point of departure.”

Inspiration for the menacing Shadow Fold—the trilogy’s Big Bad—came from her decision to not treat “darkness” metaphorically, but literally. “What if darkness was a place?” she said. “What if the monsters lurking there were real and more horrible than anything you’d ever imagined beneath your bed or behind the closet door? What if you had to fight them on their own territory, blind and helpless in the dark? These ideas eventually became the Shadow Fold.”

In Shadow and Bone, teen orphan Alina Starkov of the Kingdom of Ravka is sent on an expedition across the Unsea (aka the Fold) to bring back provisions for her wealthy patron. Her best friend, Malyen “Mal” Oretsev, is also on the expedition. When monsters inhabiting the Unsea (called volcra) attack, Alina saves the day thanks to previously unsuspected “Grisha” powers—people who can manipulate the elements as weapons. This catches the attention of Grisha leader The Darkling, who brings her to the city of Os Alta, where she begins training with other Grisha to control her powers. But her tutor, Baghra, warns Alina that The Darkling cannot be trusted, and many harrowing adventures ensue.

In 2015, Bardugo published Six of Crows, followed by a sequel, Crooked Kingdom, the following year. The Hollywood Reporter has described the duology as “a blend of Ocean’s 11 and Game of Thrones.” These books are set in the 17th century equivalent of the Dutch Republic. Teenaged Kaz Brekker, aka “Dirthyhands,” is a thief in the city of Ketterdam, who is hired to rescue a scientist from a fortress known as the Ice Court. He recruits members of his street gang, the Dregs, to assist him, given the difficulty of the heist, and once again, many harrowing adventures ensue.

The Netflix adaptation will reportedly cover the events of the Shadow and Bone trilogy and serve as a prequel to the Six of Crows duology. Eric Heisserer (Arrival) heads the project as creator and showrunner, and language expert (“conlanger”) David J. Peterson (Game of Thrones, Doctor Strange, Thor: The Dark World) and Christian Thalmann, who helped Bardugo develop the fictional languages for her Grishaverse novels, will consult on the series. Bardugo herself is an executive producer. Per the official premise:

Shadow and Bone finds us in a war-torn world where lowly soldier and orphan Alina Starkov has just unleashed an extraordinary power that could be the key to setting her country free. With the monstrous threat of the Shadow Fold looming, Alina is torn from everything she knows to train as part of an elite army of magical soldiers known as Grisha. But as she struggles to hone her power, she finds that allies and enemies can be one and the same and that nothing in this lavish world is what it seems. There are dangerous forces at play, including a crew of charismatic criminals, and it will take more than magic to survive.