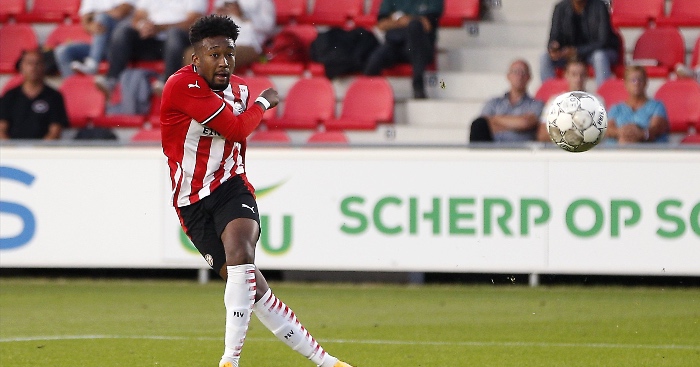 The Magpies are in search of recruitments this month to bolster Steve Bruce’s squad.

They are currently 15th in the Premier League table on 19 points.

According to ESPN, Newcastle scouts have recommended Gloster ahead of a potential transfer.

Gloster has impressed so far this season in the Netherlands.

He plays for PSV’s second team and is considered to be a future star.

The USA international mainly operates as a left back, although he can play further forward down the left flank.

He would likely compete with Jamal Lewis and Paul Dummett for a place in the starting lineup.

If he fails to break into the first team, it’s thought he could continue his development in their reserve team.

The Magpies are on the hunt for a new left back despite signing Lewis on a five year contract in September.

He’s made 15 appearances in the Premier League under Bruce. During that time, Newcastle have conceded 26 goals. That includes a poor 5-2 loss against Leeds United and their recent 3-0 defeat to Arsenal.

Dummett, meanwhile, has just returned from a serious injury. He’s featured twice in the last few weeks but is yet to return to full match fitness.

Signing Gloster from PSV could push Lewis and Dummett into action. The risk of losing their place to a young prospect would surely improve their determination in the squad.

Newcastle could be handed a huge boost this weekend. Allan Saint-Maximin is set to return after two months out recovering from coronavirus. He’s been selected in the squad to face Aston Villa on Saturday.

Speaking about his return, Bruce said: “Arguably our most creative player, the one who’s your player of the year, then of course you’re going to miss him and we have missed him for the best part of a couple of months.

“When he was in and around the team, we looked a threat, we could play that little bit deeper and play teams on the counter-attack.

“If you are a mainly counter-attacking team, then you have to have pace on the turnover and without Allan, then we haven’t got that blistering pace that he possesses, so we’re delighted to see him back.”