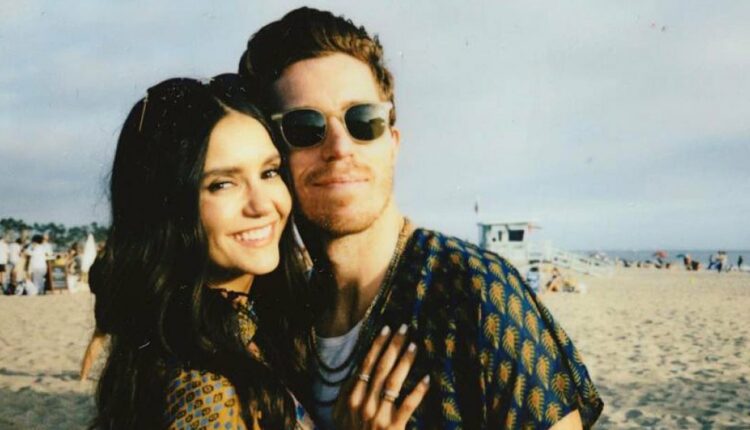 The Vampire Diaries alum and the professional snowboarder sparked dating rumors in February 2020 when fans noticed that they had shared similar photos from a trip to South Africa. One month later, they were photographed together for the first time during a bike ride in Malibu.

Us Weekly broke the news in April 2020 that Dobrev and White were, in fact, a couple. A source said at the time, “They’re enjoying their time together and getting to know each other better. Nina really likes Shaun, and they both laugh a lot together.”

The actress made their relationship Instagram official in May 2020 when she shared a photo of herself holding a pair of scissors while the athlete jokingly looked afraid. White later uploaded a video of Dobrev changing up his look, which he captioned, “My hairstylist said he wouldn’t, so she did. #QuarantineCuts.”

An insider exclusively revealed to Us at the time that the duo were “living together” amid the COVID-19 pandemic. “They’re super compatible and both free-spirited people,” the insider added. “They’re very comfortable around each other and both supportive of one another in their fields.”

Things heated up between Dobrev and White in August 2020 when they took a trip to Tulum, Mexico, where they were spotted getting cozy on a beach and in the water.

“Nina and Shaun have gotten really close during the quarantine and have been having the best time traveling together,” a source exclusively told Us. “Shaun is super happy and loving life.”

The Degrassi: The Next Generation alum previously dated her Vampire Diaries costar Ian Somerhalder from 2011 to 2013, Bridge of Spies actor Austin Stowell from 2015 to 2016 and former Scream Queens star Glen Powell for most of 2017. The Olympian, for his part, dated rock singer Sarah Barthel from 2014 to 2019.

Scroll down to see a timeline of Dobrev and White’s relationship!

Hear the Us Weekly editors break down the most surprising celebrity births during the pandemic in under 2 minutes!