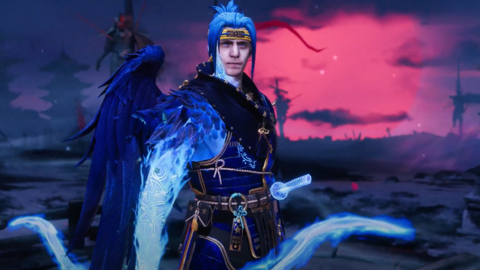 Tyler “Ninja” Blevins is getting turned into a video game character, and it’s not the first time, either. He’s teamed up with Plarium Global to become a new playable Champion in the developer’s turn-based fantasy RPG, Raid: Shadow Legends. He arrives in the game on July 16 free for all players for three months. And as you can see in the image below, it’s a striking resemblance… at least for his face.

Ninja will discuss his character for Raid: Shadow Legends as part of livestream on July 19. People can tune in to hear him talk about the character’s unique abilities, the influences of its design, and more.

Ninja’s character adds to the 500+ Champions already in the game. Like the others, it’s playable across single-player, Dungeons, Arena, Faction Wars, Doom Tower, and other modes.

“I’m really excited to introduce Raid fans to my Champion, which was designed to match how I’ve always pictured myself in an RPG,” Blevins said. “As my fans know, I love the RPG genre, and to see myself as a fantasy character with my own set of special skills and attributes is awesome!”

Plarium’s VP of Marketing Noam Sagie added: “Ninja isn’t just an amazing addition to our Champions because of his positive impact to the gaming industry–he has his own unique skill sets and special attacks that will be an incredible asset to any player’s roster.”

Check out the images in the gallery above to see Ninja’s character and get a peek behind the scenes from the shoot. You can also watch the video to hear Ninja speak about his character, reveal his favorite turn-based RPGs, and discuss where he thinks gaming is headed in the next decade.

Raid: Shadow Legends is available on and mobile devices, and also PC via the and .