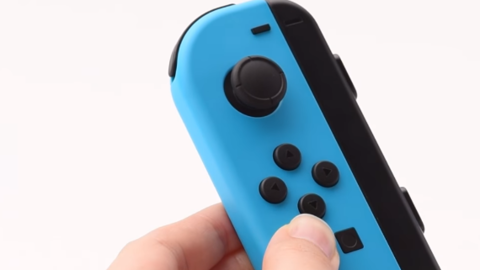 Nintendo is apparently working on yet another controller for the Switch, but details on the new peripheral are about as sparse as they can get. The new controller was revealed in an FCC filing (originally spotted by VGC) from Nintendo, which is simply titled “game controller.” Even more exciting is that the announcement is expected this week, according to a separate filing by the FCC that appears to have been removed after VGC spotted it.

One of the only bits of information that can currently be found in the filing is that the controller will be wireless, connecting to the Switch via Bluetooth. Everything else about the controller, including its schematics, user manual, and block diagram, has been made confidential at the request of Nintendo.

In a letter to the FCC requesting confidentiality on these parts of the controller, a representative for the company wrote, “The application contains technical information which we deem to be trade secrets and proprietary. If made public, the information might be used to the disadvantage of the applicant in the marketplace.”

It’s important to note that this new peripheral likely won’t be a replacement for Nintendo’s Joy-cons, but rather another wireless alternative to the troubled controller. After being out for nearly four years, issues with Joy-con drift, in which one of the controller’s joysticks inputs a direction without being touched by the user, are still present. The issue was so prevalent that Nintendo’s president, Shuntaro Furukawa issued an apology for the defect last year.

While Nintendo hasn’t managed to solve the issue of Joy-Con drift for Switch owners, this past July a YouTuber claimed to have found a permanent fix for the problem that uses just a single piece of paper.