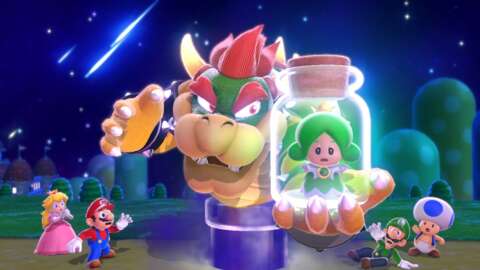 Nintendo Is Suing Bowser, Or At Least Someone Named Bowser

Nintendo is a big fan of Bowser. In fact, Nintendo of America’s president is even Doug Bowser, as of a few years ago. However, not all Bowsers are in the company’s good graces, as Nintendo has filed a lawsuit alleging that a man named Gary Bowser is in charge of a piracy operation targeting the Switch.

In a lawsuit filed in Seattle (via Polygon), Nintendo alleges that Gary Bowser is one of the leaders of a piracy group called Team Xecuter, which makes and sells an operating system called SX OS that is used to circumvent Nintendo Switch security systems. Once installed, Nintendo says this OS allows for pirated games to be played on Nintendo Switch, which would be otherwise impossible.

“If a user already owns a lawful, properly purchased Nintendo Switch game, the user can use the SX OS and accompanying features to turn that game into an unlawful copy, which allows the user to share additional unauthorized copies with more users also using the SX OS on the Nintendo Switch,” the lawsuit says.

Additionally, Nintendo alleges that Bowser has been trafficking circumvention devices for many years, dating back to the original Nintendo DS. It seems Bowser has been a thorn in Nintendo’s side for a long time. He was indicted in 2020 in Washington on similar allegations, mostly related to Nintendo products.

Nintendo did not lay out a specific dollar amount overall that it’s looking to receive from the lawsuit but did specify wanting $2,500 and $150,000 per violation of two different laws, as well as alternatively receiving actual damages and Bowser’s alleged profits if they can be proved during the trial. They might be in gold coins.

Nintendo is notoriously litigious and protective of its IP, and given their massive popularity–even among those who don’t play video games–that’s unsurprising. The company’s stance, which appears to have been removed from the American website’s legal section, is that downloading ROMs is always illegal, regardless of whether you own the physical game already. It says a law permitting copying only applies to copying a game yourself in order to prevent loss in the case of the original being damaged.

We’ll have to wait and see how the case unfolds, but Bowser’s Fury might not do much good against Nintendo’s army of lawyers.