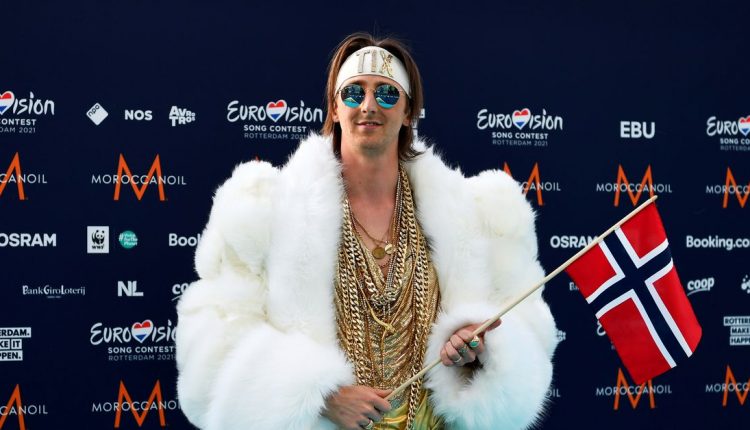 Norway’s TIX hopes to shine a Eurovision light on neurodiversity

Contestant TIX of Norway poses on the “Turquoise Carpet” during the opening ceremony of the 2021 Eurovision Song Contest in Rotterdam, Netherlands May 16, 2021. REUTERS/Piroschka van de Wouw

Growing up, kids mocked his Tourette syndrome by calling him “Tics,” but now a Norwegian pop star, one of the 39 acts vying for a place in the final of this year’s Eurovision song contest, has taken the cruel taunt and turned into his stage name – TIX.

“When you have Tourette’s it’s not that easy not to stand out because it’s such a visible thing,” TIX, whose real name is Andreas Haukeland, told Reuters Tuesday.

Tourette syndrome is a neurological condition characterised by involuntary movements and tics.

“It was bad but I chose to take ownership over the name ‘TIX’ and decided to use it as my artist name,” he explained, as he talked about being bullied as a teenager.

Known for its kitsch pop music and flamboyant costumes, the annual Eurovision Song Contest, which takes place in Rotterdam this year, usually draws a television audience of around 200 million.

From conservative roots, the contest has in the last decade or so become a platform for inclusivity and acceptance among the LGBT community. TIX hopes to add neurodiversity as one of the causes the competition embraces.

TIX has several number one hits in Norway under his belt and hopes his song “Fallen Angel” will make it through this week’s semi-finals to reach the Eurovision final on Saturday.