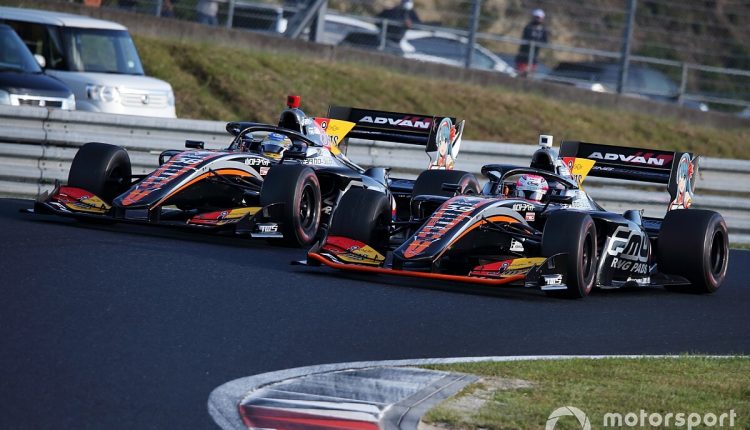 Former Pacific Formula 1 venue Grand Prix Okayama has been a constant fixture on the Super Formula calendar since 2015, hosting the second round of last year’s coronavirus-impacted 2020 season.

The track was due to hold the penultimate round of the seven-round 2021 campaign on October 2-3, but the fixture has been scratched in the latest version of the calendar released by series organisers JRP on Monday.

Taking its place is a new event at Motegi on October 16-17, just two weeks before the season finale at Suzuka.

It’s understood Okayama requested for its date to be axed for financial reasons ahead of the start of the season, but only now has the national federation JAF granted its approval of the change.

It means Motegi, which keeps its traditional end-of-August date for the fifth round of the series, will host two Super Formula/Formula Nippon races for the first time since 2012.

The change also affects support series Super Formula Lights, which will now have its season finale at Motegi, and TCR Japan.

Motorsport.tv will continue to broadcast every race of the Super Formula season live in 2021 for free. Available worldwide except Japan. Click here for further information.