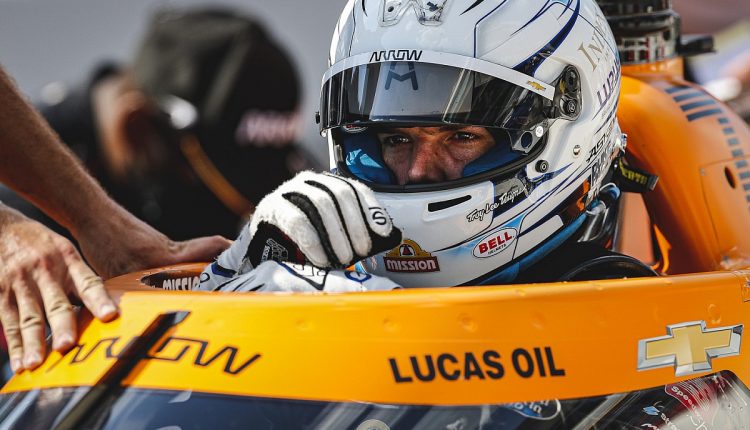 Rosenqvist will be held overnight at DMC Detroit Receiving Hospital after a massive accident during Saturday’s IndyCar race at the Belle Isle.

The Swedish driver slammed the barriers on the outside Turn 6 on Lap 24 of the race due to a stuck throttle. Track cleanup and wall repair forced a red flag that lasted over an hour.

A statement from the team Saturday evening read: “Rosenqvist is being observed overnight prior to discharge, after being sent to the hospital for advanced imaging and evaluation by the trauma and neurological teams at DMC Detroit Receiving Hospital. Evaluation revealed no life or limb threatening injuries and he is awake and alert.”

The driver himself has tweeted that he is feeling sore, but otherwise okay.

This opens the door for Askew to get back behind the wheel of an IndyCar for the first time this year. The 24-year-old raced full-time with Arrow McLaren SPM last season, but missed two races due to concussion-like symptoms after a crash during the 104th running of the Indianapolis 500.

Updates on Rosenqvist’s status for the next race weekend at Road America (June 20th) will come at a later date.