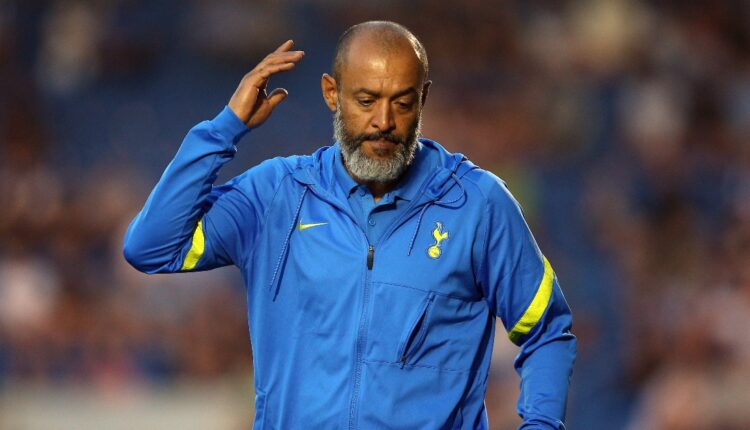 Tottenham will have work to do in the second leg of their Europa Conference League play-off tie with Pacos de Ferreira after losing the first leg 1-0 in Portugal.

A much-changed team went down to Lucas Silva’s goal on the stroke of half-time and they did not have the firepower or quality to fight back, failing to muster a single shot on target.

It is not what Nuno Espirito Santo will have been wanting to see from players who are on the fringes of the side that beat Manchester City in the Premier League on Sunday. He may now have to consider playing the likes of Son Heung-min, Lucas Moura, Steven Bergwijn and potentially even Harry Kane in next week’s second leg.

Will Japhet Tanganga be a Harry Winks or Harry Kane?

Spurs handed debuts to Pierluigi Gollini, Cristian Romero and Bryan Gil while teenagers Dane Scarlett and Nile John received their first starts as Nuno made 11 changes to the side that outplayed City.

There is a lot of excitement around Gil’s arrival from Sevilla and it was immediately easy to see why as inside the first five minutes he skinned the right-back and sent in a cross to Ryan Sessegnon, who could not get the ball under control and missed the chance to get a shot away.

That was as good as it got for Spurs, who struggled to keep possession and barely got into Pacos’ penalty area.

Pacos, who finished fifth in the Primeira Liga last season, began to take control and looked dangerous on the counter-attack, without ever really threatening.

That changed on the brink of half-time as they took the lead with an incisive breakaway.

Harry Winks was beaten in a tackle, the ball ended up with Nuno Santos and Silva ran in between Romero and Cameron Carter-Vickers and finished coolly into the bottom corner.

Spurs defended better in the second half but could not get anywhere near an equaliser as they failed to have a shot on target.