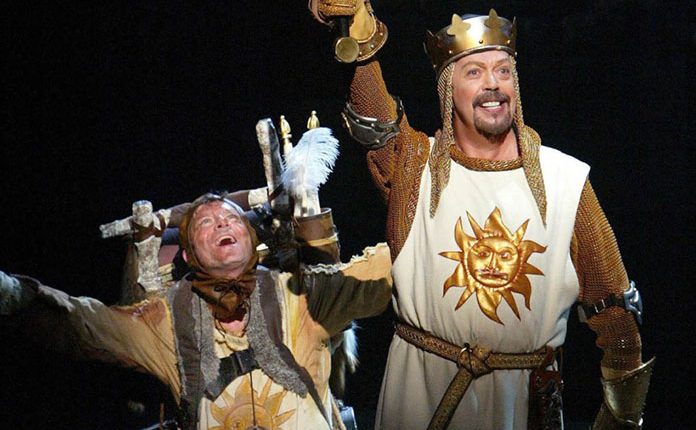 After languishing in development at 20th Century Studios due to the Disney acquisition, the film based on the smash hit Monty Python Broadway musical “Spamalot” has scored a new lease on life.

Paramount Pictures has acquired the property and has set Broadway veteran Casey Nicholaw to direct the film. Nicholaw choreographed the original “Spamalot” and the stage adaptations of “The Book of Mormon,” “Aladdin” and “Mean girls”

Dan Jinks and Eric Idle will produce with Idle penning the screenplay. No cast has yet been set but that is expected to ramp up with the hope of going into production later this year.

Mike Nichols directed the original 2005 Broadway production which grossed over $175 million, which featured Tim Curry as King Arthur and was based on the seminal 1975 comedy “Monty Python and the Holy Grail” – though the plots of both differ in numerous ways.